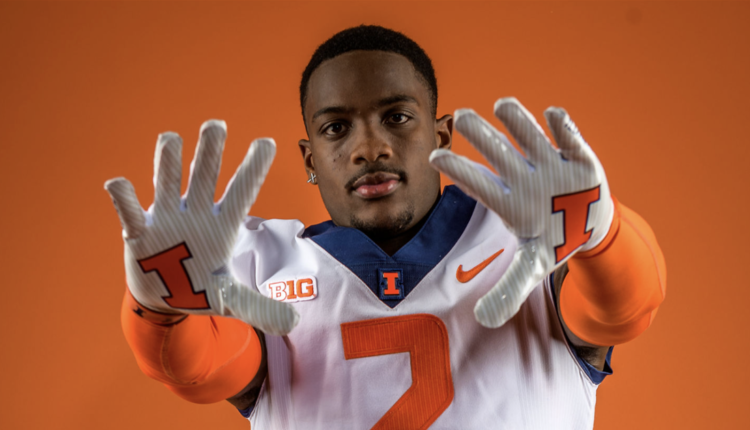 CHAMPAIGN — Illinois football will officially welcome more than half of its Class of 2023 recruiting haul to the program this week with 15 players enrolling at the university this week.

Illini head coach Bret Bielema has lobbied for as many signees as possible to enroll early so they can get a jump-start on their development — both physically with strength and conditioning coach Tank Wright and spring practice and mentally by diving into the playbook and adjusting to new life as Big Ten football players and UI students.

This week, Illinois is expected to bring in 11 prep prospects, one junior-college transfer and three transfers as Bielema looks to build off a breakthrough 8-5 season (5-4 Big Ten) and ReliaQuest Bowl appearance. The Illini head coach clearly believes that early enrollment is advantageous for the players and the program.

“I really think the advantage of coming in during the January enrollment is a) they have a slower acceleration to the football world,” Bielema told Illini Inquirer in December 2021. “They come in during fall camp and it’s like full speed, a garden hose full of information coming at you, a fire hose full of information; and you’re practicing and you’ve got games, you’re hitting classes for the first time.

“They really get install twice and it just comes at a better pace and just human nature. think about you were 18 years old and went to college; you come in in June and you really don’t leave until December. When you come in during January, you get a spring break in eight weeks, you get a three-week break about six weeks after that, and you get another week before we start fall camp. It breaks up the monotony that much better.”

Meet the 15 players who are confirmed to enroll early at Illinois this month.

Listen: Who Investigates Suspicious Deaths in Your Community — And Why It Matters