9 Good News Stories: We Should All Age As Well; Off To See The Wizard 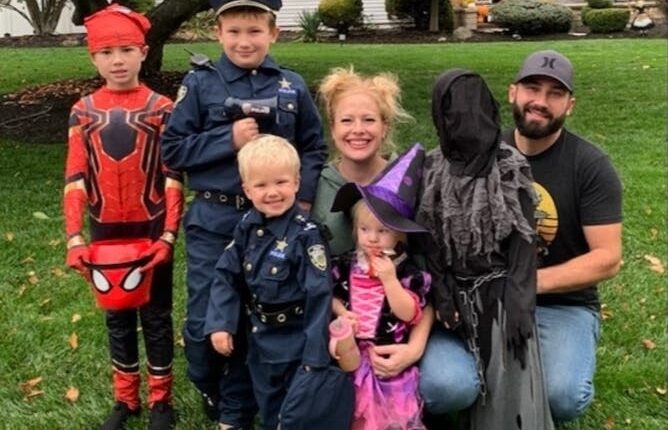 ACROSS AMERICA — If you want to live to be 106, eat nutritious food and help others.

It has worked for Vashti White, of East Orange, New Jersey. Dignitaries feted her at a drive by celebration at the home her late husband and brother built 70 years ago.

The retired teacher and school administrator hasn’t just lived for a long time, according to Mayor Ted Green, but has “inspired thousands over the years with her generous nature, say wisdom and loving spirit.” » By Eric Kiefer for West Orange (New Jersey) Patch

‘No Drinking, No Smoking’

Not so far behind is 100-year-old Pauline Cotrano, “a very strong-willed woman, very very stubborn, very set in here ways,” her granddaughter Lisa Fishback said, telling Patch her grandmother also has “the biggest heart, and she would do anything for you.” Her reliance on faith set an important cornerstone for her family, and Cotrano also shared her secret to longevity: “No drinking, no smoking,” she said. “What else do you want? That’s it!” » By Lauren Traut for Tinley Park (Illinois) Patch 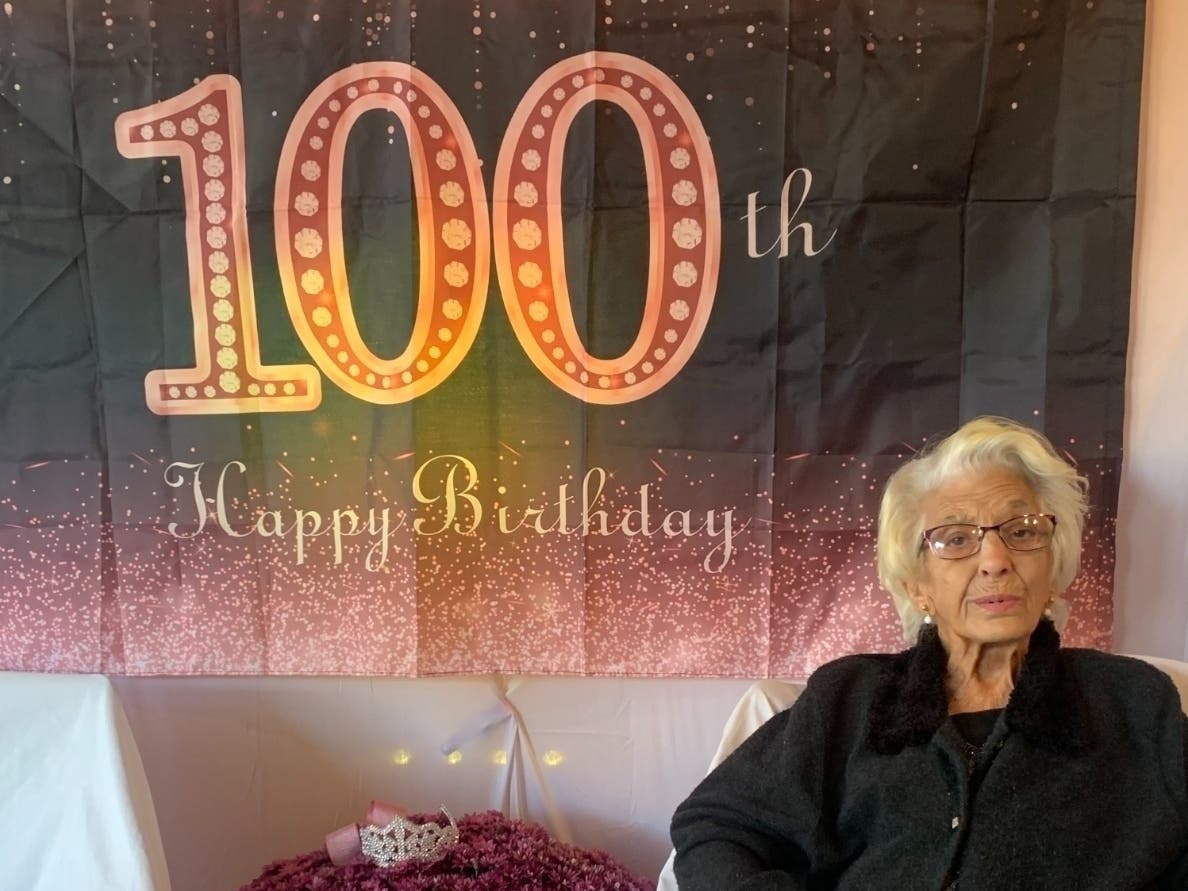 Because Of Him, Toddler May See 100

Andrew Osnato and Caitlin Del Popolo were carpooling to their jobs in Middletown last month when something in the middle of the busy four-lane road got their attention. What is it a deer? A dog? “It’s a baby!” Osnato shouted of the child walking into traffic, a toddler not quite 2. To this day, Del Popolo doesn’t know why she froze. She works in the newborn center at a local hospital. “For three seconds, I couldn’t move,” she said. “Instead, I just see Andrew in an instant spring across the highway, swoop up the baby and bring him to me.” » By Carly Baldwin for Middleton (New Jersey) Patch

It was hardly a surprise to April Barker when her son Landon told her he’d found an empty bowl while trick-or-treating with his younger brother in Toms River, New Jersey, so he replenished the supply with some of his own candy ( top photo). “You’re never sure about your kids. Pushing to raise them right. Then you catch them doing this and they show you’ve been doing a great job,” Barker wrote on social media after a ring doorbell camera video of her son’s generosity caught a viral wave, even occupying the closing segment on ABC’s “World News Tonight ”Tuesday. » By Karen Wall for Toms River (New Jersey) Patch

Jerry Dorsey, 55, of Champaign, Illinois, had a life expectancy of fewer than two weeks when he received his new heart last month in Chicago. Heart transplants have become routine since the first in 1967, but this one was unique in Illinois. He was the first in the state to receive a heart donated after death — a so-called “heart in a box” — which until recently weren’t suitable for transplants. In 20 years as a transplant surgeon, “this is the biggest leap forward our field has taken and the best opportunity we’ve had to expand the number of available hearts,” Dr. Duc Thinh Pham said. » By Anna Schier for Chicago Patch 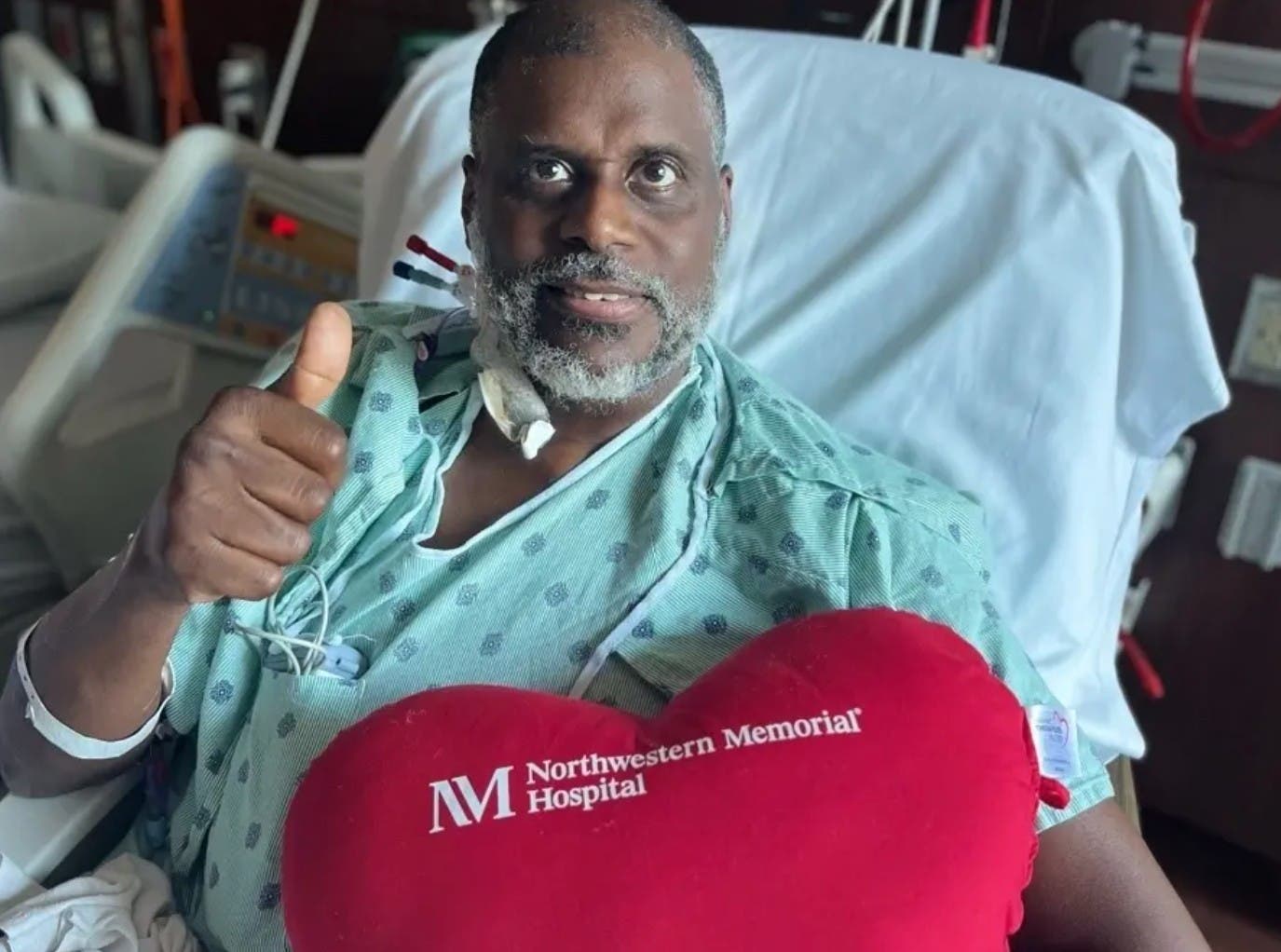 ‘It Never Goes That Good’

Reaghan Monahan is 15 and still learning to drive. But the high school sophomore from Tinley Park, Illinois, acted quickly when her mother, Elizabeth, had a seizure while driving and prevented what could have been a deadly accident on I-294. Elizabeth’s foot locked on the gas pedal, and Reaghan grabbed the steering wheel from the passenger side, then climbed on top of her mother to take control of the steering wheel and pedals. Emergency responders were stunned at Reaghan’s feat — “it never goes that good” on the expressway, one of them said — and made a really big deal out of it. » By Lauren Traut for Tinley Park (Illinois) Patch 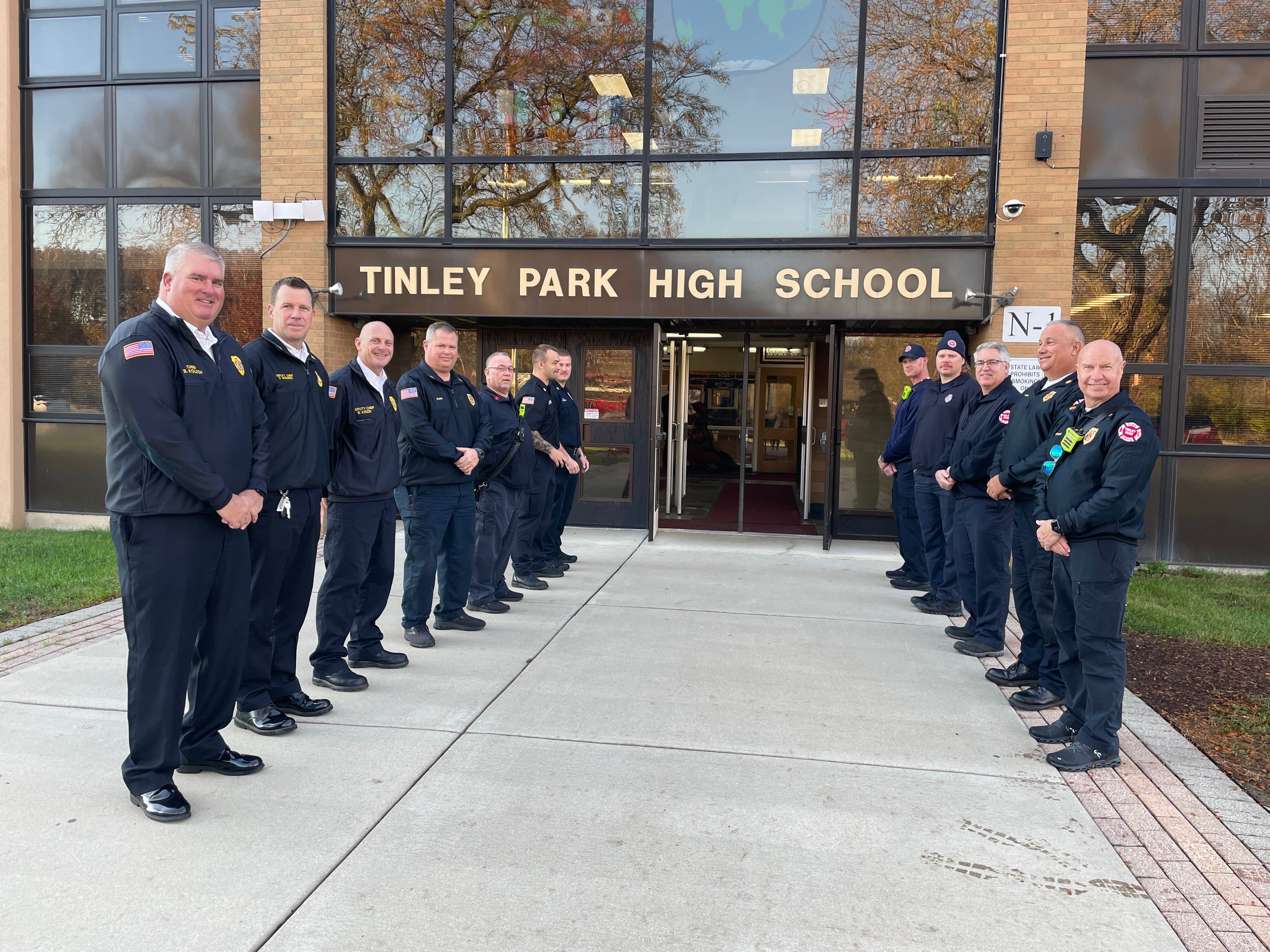 ‘This Is Paying Off For Me’

With tiny bites and a large amount of confidence, Chef Olivia “Liv” Hurst decoded the secret baskets on Food Network’s “Chopped.” The chef at Cattle Shed Wine and Steak Bar in Alpharetta, Georgia, won the “Tiny But Mighty” episode of the timed food competition show. “This has been extraordinary,” she said after learning she was the first-place winner and recipient of $10,000. She entered the competition to show her parents she was a serious chef looking at a successful future. “I want to show them that this is paying off for me, and I’m talented at it,” Hurst said in her intro to the show. » By Amanda Lumpkin for Alpharetta-Milton (Georgia) Patch 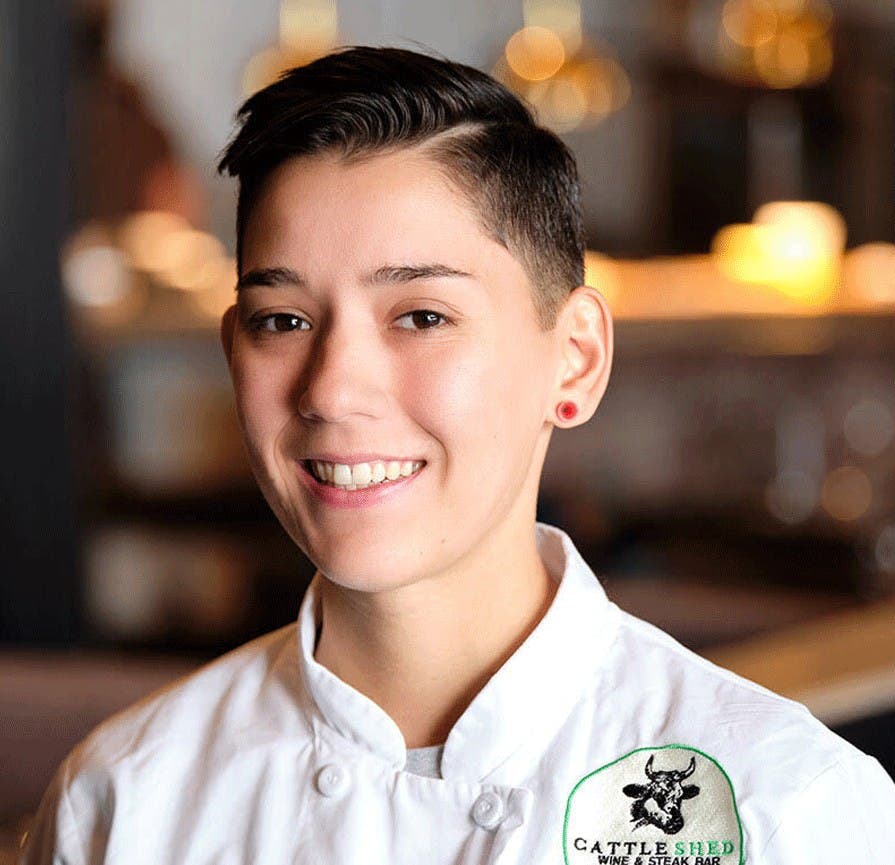 We’ll Take Care Of That: Group To Vet

Korean War veteran John Rinehart and his wife of 42 years, Delia, have lived in their Pimmit Hills, Virginia, home for 36 years. But getting around has been harder for John after an accident following his Army service caused issues with his hips and legs, forcing him to get around with a wheelchair and walker. Because money is tight, they’ve put off updates that would make it easier for him to get around. When that came to the attention of the nonprofit Rebuilding Together, local chapters teamed with Lockheed Martin to make the Rineharts’ home more accessible. » By Emily Leayman for Falls Church (Virginia) Patch 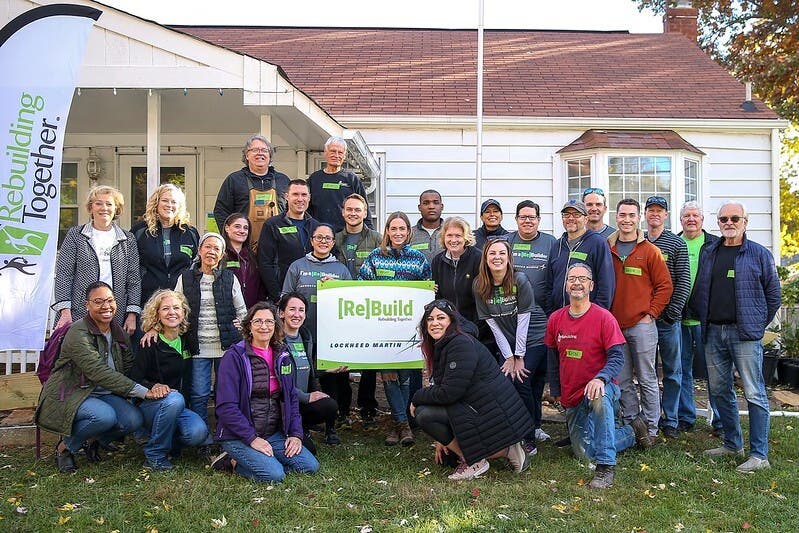 They’re Off To See The Wizard

Diana Sepe always loved Halloween. Her costumes as a child were always handmade, the product of her parents’ imagination, and Long Island mom has continued the tradition with her own family. As the family has grown to include children and grandchildren, the costumes have become more elaborate. This year’s endeavor: Costuming a cast of 20 family members in a “Wizard of Oz” recreation, including a couple of kids who dressed as the famous “yellow brick road.” » By Maureen Mullarkey for West Islip (New York) Patch 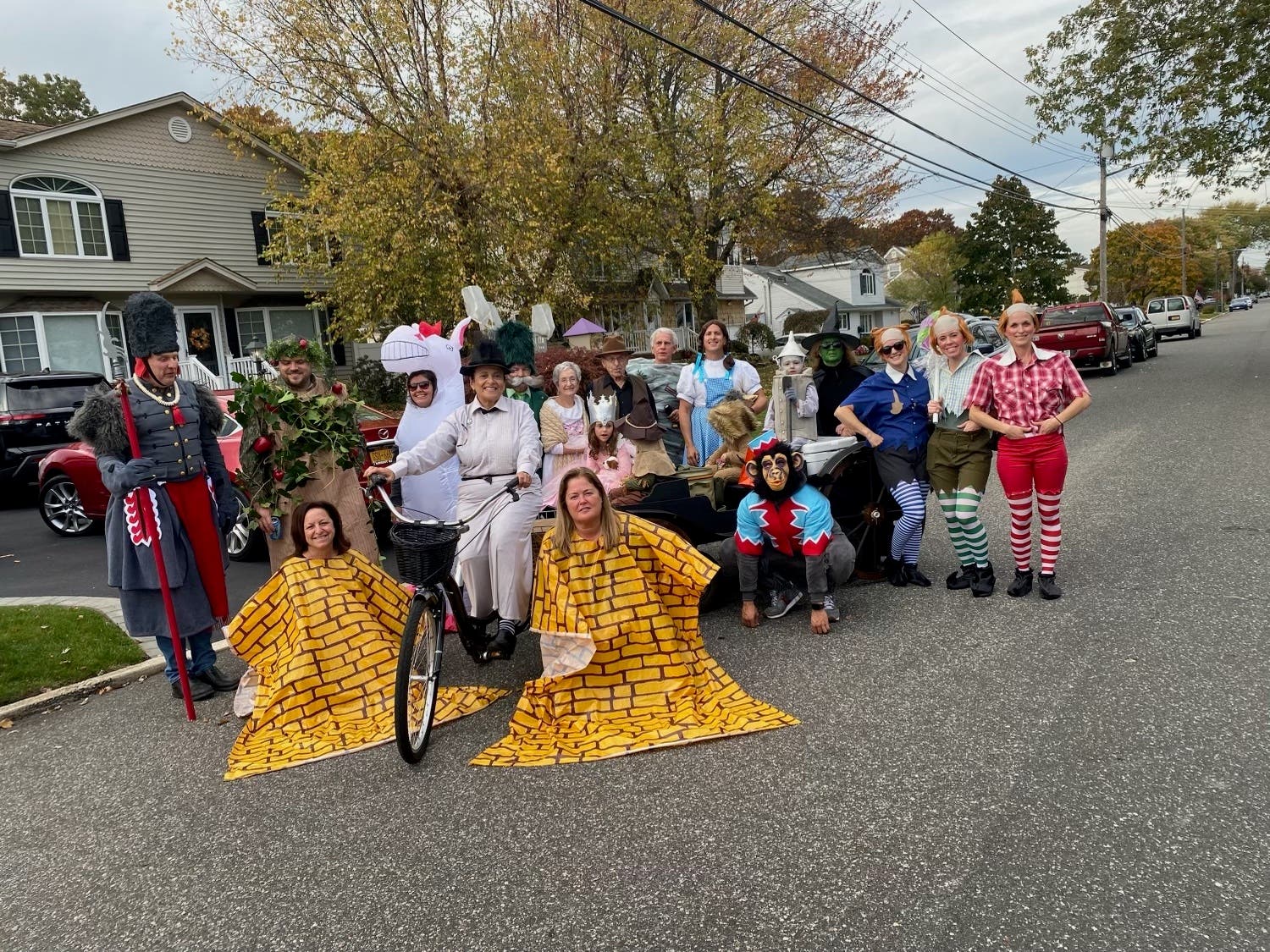 (Photo courtesy of the Sepe family)