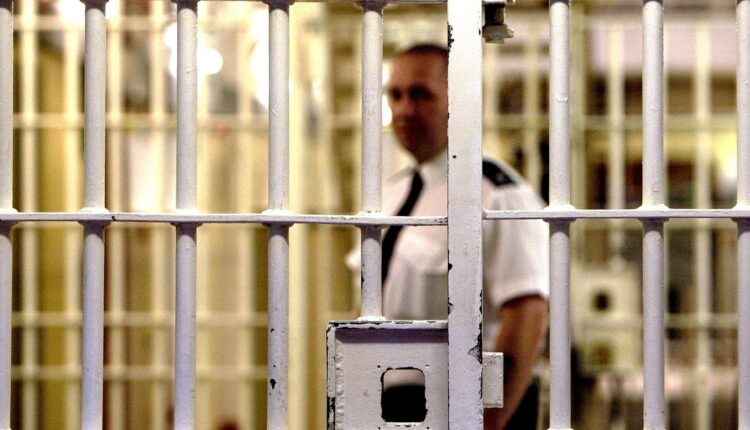 Alabama needs all the COVID relief it can get. Before COVID-19, the poverty rate in Alabama was about 50% above the national average, and nearly 12% of residents under 65 did not have health insurance. While Alabama has been spared some of the most devastating economic effects of COVID, in large part thanks to a state tax hike on online goods, the state is still one of the hardest hit states by the pandemic. With thousands of higher-paying jobs permanently lost and many being plagued by a COVID peak just a few weeks ago, Alabama urgently needs federal help.

The American Rescue Plan Act funds are coming in, but the primary goal is not hospitals, which need more staff and materials. And it’s not the schools that have seen record breakouts across the state. Instead, Alabama plans to use tax dollars to build prison cells.

“Alabama state officials plan to spend five times more COVID aid building prisons than helping hospitals and nursing homes,” said LaTonya A. Tate, founder and CEO of the Alabama Justice Initiative. “Imagine spending $ 400 million of our ARP funding on larger prisons and only $ 80 million on hospitals in a state that recently ran out of ICU beds completely. This is obscene and shouldn’t be allowed. Our communities need the relief that ARPA was “actually designed to provide larger prisons.”

A trio of bills, tabled by Rep. Steve Clouse R-Ozark and passed by Alabama House, aims to advance a $ 1.3 billion plan to rebuild a prison. Nearly $ 800 million would come from a new borrowing operation, and $ 400 million (or 22%) of the state’s COVID aid would be diverted to subsidize the project.

In early 2021, Congress passed the American Rescue Plan Act, which allocated $ 350 billion to state, local, and tribal governments for COVID relief. It has been vital to keeping the American economy going and has replenished the coffers with the funds needed to vaccinate and feed people through this crisis. It has been vitally important to revitalize the American economy by providing financially weak jurisdictions with the resources needed to vaccinate people and be cared for during this crisis.

Public health and community organizations (particularly in Alabama) have campaigned for the money to be used for housing, healthcare, education, and transportation. The idea that it could go to prisons as well was quite shocking to local supporters.

This leads to big questions for the nation: How do we use our tax dollars, especially in the wake of an ongoing national crisis? Whose job is it to determine the appropriate use of aid money, especially when so many seem interested in breaking the rules?

Alabama isn’t the only one trying to use federal COVID aid funds to fund more detention facilities. In Champaign County, Illinois, the county board is trying to divert $ 20 million – half of the county’s aid quotas – to expand existing prisons. The Oklahoma County Jail Trust has campaigned for COVID relief to build new detention facilities instead of investing in community health.

These are just a few examples, with Alabama’s case costing the highest and therefore capable of setting the most precedent. Governor Ivey’s plan to pour $ 400 million into prisons still covers a fraction of the planned construction and is still five times the $ 80 million in aid that may be allocated to hospitals.

The time of the Treasury to act

As Alabama moves forward, the matter now rests with the Treasury Department, which has been urged by the Alabamans to stop what they believe is outright misappropriation of taxpayers’ money. The Alabama Department of Justice has asked the Treasury Department to clarify the rules for using the funds. The question points out that although this emergency aid is to be used up by 2024, Alabama’s new prisons will not be completed until 2025 or later and therefore do not meet the specified criteria.

States are publicly reporting their COVID relief funds under the ARPA and are generally focusing on the types of human needs one might expect, such as basic income, food, and housing. Maryland poured $ 140 million into temporary relief for families in need. Minnesota invested over $ 14 million in uninhabited housing, while Delaware invested $ 15 million in affordable housing. From that perspective, Alabama feels like a real runaway.

A group of over fifty investors and NGOs representing hundreds of thousands of people and assets valued at over $ 10 billion (including Candide Group, the impact investment firm I lead) sent a letter to the Treasury Department in which It says: “Using tools to build prisons is against the spirit of the American Rescue Plan Act, which Congress passed to alleviate the suffering – not to make it worse. The Ministry of Finance’s final ordinance on COVID relief funds should explicitly state that the construction of prisons is prohibited and constitutes an abuse of funds.

The Treasury Department responded to a request for comment:

“On May 10, 2021, the Treasury Department released a tentative final rule and began the process of making payments to eligible state, local, territorial, and tribal governments.

The public comment period for the provisional final ruling was July 16. The Treasury Department has received nearly 1,000 individual comments and is carefully reviewing the submissions, including requests for clarifications on permitted uses of grant funds, and expects to review the comments by the fall.

The Treasury Department does not pre-approve specific uses of these funds.

The Treasury Department continues to monitor all proposed spending and expects any state or local government that uses state and local funds in violation of eligible uses to repay the misused funds to the federal government. “

This means that whether or not Alabama and possibly other states will end up receiving hundreds of millions of dollars in grants or repaying a debt obligation, the Treasury Department will ultimately allow COVID funds to be used for prisons.

“While new facilities could address some of these physical facility problems, it is important to note that the new facilities alone do not address the factors that contribute to the overall unconstitutional health of ADOC prisons,” the report said.

Other voices both in Alabama and nationally have suggested that the best way to deal with overcrowded, unsanitary facilities is to rebuild hospitals, mental health facilities and drug treatment centers, and, in general, invest in education and drug training to help Interrupt prison pipeline. What if the focus was on reducing the need for prisons rather than building more prisons?

Prisons have had difficulty finding funding recently as market sentiment has similarly turned against prison companies, with a particular impact on Alabama. Earlier this year, Barclays and Keybanc pulled out of a $ 840 million bond deal in Alabama that was meant to build three new prisons. Now, Alabama Republicans appear to be turning to the federal government to try and advance the same prison project that the market has already firmly rejected.

“It seems that the suffering of the common people in Alabama is endless,” said Pastor Kenneth Glasgow, a longtime previously incarcerated attorney who founded the Ordinary People Society in Dothan, Alabama. “Alabama has been hit harder by COVID than almost any other state in the nation, yet our elected officials would rather cage our people than throw us a lifeline. This misuse of ARPA funds has nothing to do with COVID relief and there is little money left for the actual aid our communities need. “

Thanks to Starkey Baker for her contributions to this piece. Full information on my work can be found here. This article does not constitute investment, tax or legal advice and the author is not responsible for any actions taken on the basis of the information provided herein.