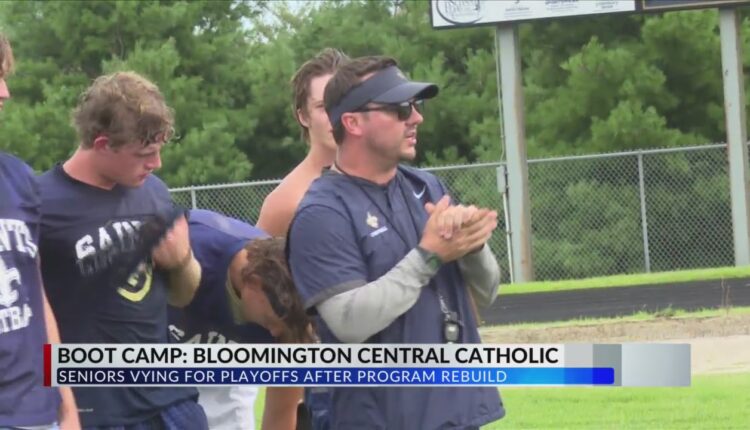 BLOOMINGTON, Ill. (WMBD) – The Central Catholic Saints are coming off a 4-5 season under Coach Kevin Braucht, who is now in his fourth year.

A lot of experience is returning for the Saints: 8 starters on offense and 7 on defense.

Braucht said he has watched this senior shop team grow up since they were freshmen when he arrived to a program that needed rebuilding.

The team feels they are now ready to meet expectations during their last ride with this group of seniors.

Boot Camp: Peoria Lions ready to reload, look for another high finish in the Big 12

Everything we did was pretty much kind of building up with this group. so I mean we’ve had conversations with this senior class that we have not had with other senior classes. Because they’re ready to fulfill those some of those expectations and those goals that we have for our program going forward.

“It’s bitter sweet because this is it and there’s nothing else after this and it’s fun being with the guys you grew up with since you were three years old to be with them and play alongside them. So it’s going to be sad to leave them.”

The Saints open up the season against Pontiac on August 26.