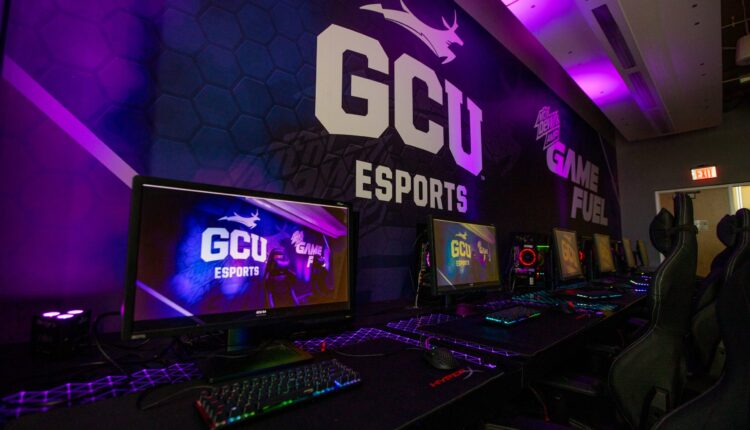 In 2014, when Robert Morris University Illinois became the first school to offer Esports scholarships, it was perceived as an anomaly.

It wasn’t. In 2016, UC Irvine became the first public research university to offer gaming scholarships. Five years later, 175 colleges and universities are members of the National Association of Collegiate Esports and offer officially recognized varsity Esports programs, according to a study by Next College Student Athlete.

Grand Canyon University added its name to the list in 2018 and now have three full-time employees along with coaches for their five teams.

How are players recruited for Esports scholarships? Abel “VectorForce” Aguilera, a second-year GCU varsity member, said it is quite simple.

“Tryouts are communicated through discord, and you play against everybody else who wants to be on the team, and the coach determines the best players for the team,” he said.

After several tryout rounds, the players selected on to the varsity rosters are rewarded with $2,500 to apply toward tuition. They also receive free merchandise including shirts, HyperX gear (headset, keyboard and mouse) and jerseys to wear on game day. They also enjoy a dedicated play space for practice, scrimmages and matches.

More and more schools are looking at esports scholarships as a means to attract students.

And last fall, West Virginia offered a 15-credit minor in Esports to accompany the launch of an Esports team.

Luke “Spech” Lenthall, a second-year varsity player at GCU, never pictured himself as a collegiate athlete. His video game experience up until a year and a half ago was mostly just playing with friends. It was not until he started playing closer attention that it became clear to him that gaming could help his future.

“I guess a year and a half ago, I started to actually kind of take it more seriously,” he said. “Not like I was really focused on playing competitively, but I just wanted to win more than before. I kind of just naturally progressed into getting good enough to play competitively.”

The transition to GCU athlete requires an appreciation of time management. Freshman Josiah “AMID” Wilson is taking the varsity role in stride and adapting to his new team.

“It’s just a shift in why I am playing,” Wilson said. “It’s not just for fun now. The only big change is just with the games and practices being in the evenings. I am not staying up as late as I typically would. It’s just a shift from doing my work earlier in the day now instead of in the afternoons.”

Unlike sports such as football, which has 60-plus players on a roster, the GCU League of Legends team has only seven. The small number comes with advantages, said Mike “H2Aqua” Reed, a second-year varsity player at GCU.

“I think having a small team is beneficial for a lot of conversations that dive deeper in the game,” he said. “And I think you’re allowed to get around everyone’s points while still diving into analysis and finding the best solution to a certain problem that you might have on communication or game theory.”

The environment enables a stronger connection that not only shows up at practices but also in games. Considering the team’s strong start, communication is paying off.

So is offering scholarships.

Attendance for Rockford’s Stroll on State up in 2022