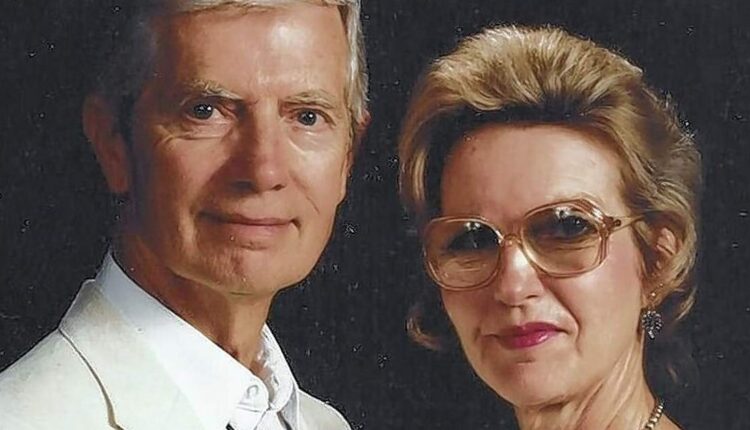 George attended public schools in Chicago, graduating from Lane Technical High School in 1948. He took the last name of his stepfather, Willard Webb West, in 1945. George served in the US Navy as an aviation electrician and instrument specialist — he was part of the Berlin Airlift (1948-49) and was in the Korean conflict from 1948 to 1952. He was assigned to the Air Transport Squadron VR3. His final duty station was at Moffet Field in Sunnyvale, California.

Upon his honorable discharge, George went to work for Illinois Commercial Telephone Company, which later became the General Telephone Company (GTE) and eventually became Verizon. He began his career as a telephone installer and ended his career in December 1988 as the Project Manager for Southern Illinois University in Carbondale, Illinois.

Phyllis attended Oak Hill Grade School and graduated from Riverton (Illinois) High School in 1955. Right after graduation, she went to work as a secretary for the General Telephone Company of Illinois for three years. Phyllis was a stay-at-home mom from 1958 until 1977, raising their sons Jeff and Jim. She then went back to work for General Telephone, by that time called GTE. Phyllis was executive secretary to the Southern Division Manager, Loren D. Carter, at Marion until 1990, when she retired.

They are also survived by Phyllis’s two brothers, John Welker of Springfield and Dennis (Nancy) Welker, now residing in Colorado. She also has two nephews, one niece, and two great-nephews.

A joint memorial ceremony for George and Phyllis will begin at 9 am on Saturday, Aug. 13, 2022, at Butler Funeral Home-Springfield. Burial will follow at Roselawn Memorial Park Cemetery in Springfield.

Visit butlerfuneralhomes.com to offer your condolences.