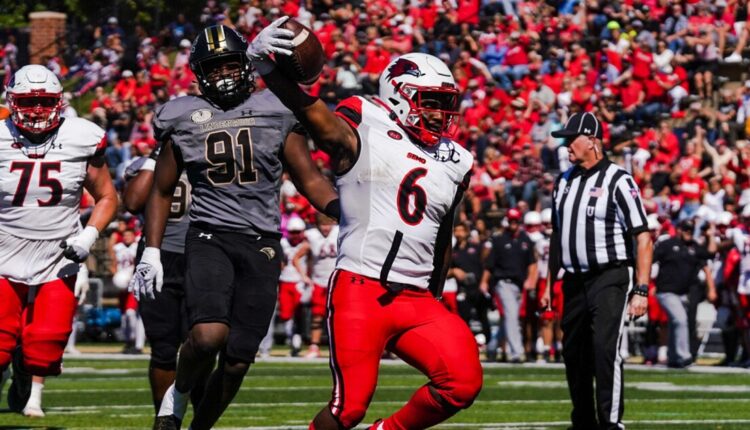 A native of Peoria, Illinois, hess ran for 136 yards, three touchdowns and broke his program’s all-time career rushing record in SEMO’s 42-0 win over Tennessee State. He carried the ball 18 times and averaged 7.6 yards per carry. He scored from 44, six and three yards out.

Hess scored three or more touchdowns in a game for the seventh time and collected the 14th 100-yard rushing game of his career. Additionally, he went over 1,000 yards for the second-straight season. Hess ranks in the top 10 nationally in rushing, rushing touchdown, rushing yards/game, rushing yards per carry, and scoring.

He now ranks as the all-time leader in rushing yards, rushing touchdowns, and total touchdowns in SEMO Football history.

The #19-ranked Redhawks play at Eastern Illinois this weekend before returning home to Houck Field next Saturday, Nov. 19 for the final home game of the season.