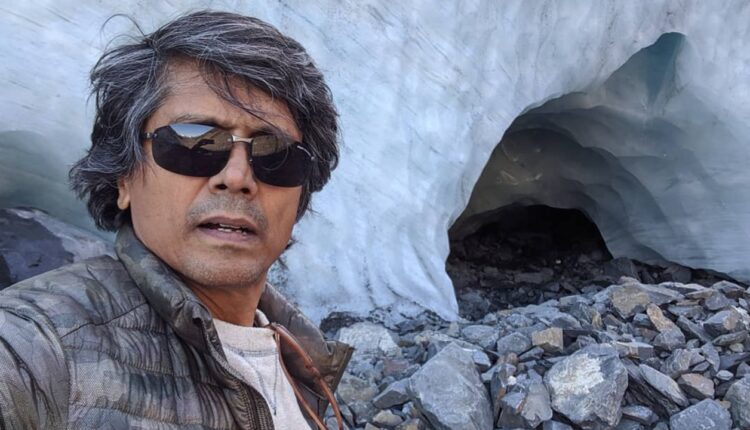 Nagesh Kukunoor opens up on changing sensibilities in cinema

Celebrated filmmaker Nagesh Kukunoor is elated at the response Modern Love Hyderabadhas received from the audience. Modern Love Hyderabad explores the vast spectrum of love and emotions through six beautifully woven stories. Nagesh is not only the showrunner (and writer) of the series, he has directed three of the six-episodic stories as well, which are Suhasini Maniratnam-Naresh Agastya’s Why did she leave me there, Ritu Varma’s and Aadhi Pinisetty’s Fuzzy, Purple & Full of Thorns, and Nithya Menen – Revathy-rigid My Unlike Pandemic Dream Partner.

While Nagesh has just debuted in the OTT space with the three shorts, he is no stranger to cinema. Nagesh Kukunoor single handedly changed the way Indie cinema is perceived when he released Hyderabad Blues in 1998. The actor-turned filmmaker would soon go on to regale the audience with a film which resonates with youngsters even today.

In 1999, Nagesh wrote, directed and acted in the coming-of-age drama Rockford. The film, which also starred Nandita Das and Rohan Dey in pivotal roles was screened at the MAMI, has over the years attained a cult status in Indian cinema. The film, known for its sensitive portrayal of adolescence, has found wide acceptance among viewers of all ages. And now, in an exclusive interaction with Times Digital, Nagesh Kukunoor opens up on whether sensibilities such as those portrayed in Rockford exist I contemporary cinema as well.

“Sensibilities change,” says Good Luck Sakhi director, before adding, “When I made Rockford I had a certain set of sensibilities back in 98. So it made total sense of me.”

However, he adds that he would like to know whether he would look at Rockford the same way now, stating, “I am curious to see how I would do if I was making Rockford today. I think it might be very different.”

According to Nagesh if he looks at his earlier work there is a “certain sense of rawness” which the thinks was “extremely appealing”.

“Now, over time I have lost that ability. You cannot be in the industry for 25 years and have the same kind of naievity and innocence in the way you present material. I think that had its own charm.”

However, Nagesh is not without praise for the younger generation of filmmakers. “I think younger filmmakers when they make their stuff, they are talking to their generation.”

“What constantly amazes me is that generations after me still find Rockford resonates with him. Am glad it appeals to people,” he signs off.