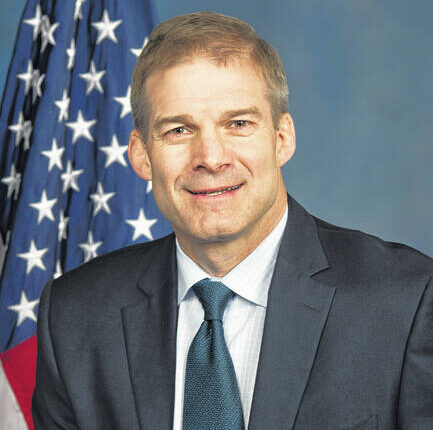 COLUMBUS – US MP Jim Jordan had coronavirus while he was in Ohio earlier this summer, the Champaign County Republican said in a media interview this week.

Jordan, a vocal opponent of COVID-19 vaccine mandates, told Spectrum News Tuesday that he has recovered and an antibody test showed his antibodies are “strong”. Jordan added, “In fact, the doctor said, ‘You are in the strong category – you can donate plasma.”

Jordan did not provide any information about how sick he got, although he said he was “not feeling well”. Nor did he say whether he was quarantined or what treatment, if any, he was receiving.

Jordan’s revelation that he had the disease – which infected more than 1.3 million Ohioans and killed more than 26,000 of them – came after Spectrum News asked if Jordan was vaccinated. Jordan didn’t answer that question directly, despite telling Spectrum in early June that he hadn’t received a coronavirus vaccine.

“Look, I think we are long past that,” he said at the time. “I think the country is ready to move on and we’re done with it, but you just want to keep talking about it.”

Two other members of the Ohio Congressional Delegation previously announced they had contracted COVID-19: US Republican MP Bob Latta from Bowling Green and US Democratic MP Tim Ryan from Niles. Both Latta and Ryan said they got sick despite being fully vaccinated.

Coronavirus cases spiked in Ohio in November, and health officials fear cases will increase over the holiday season as people congregate indoors.