Nancy E. Anderson: Juking, the Jewel and other thoughts on local language 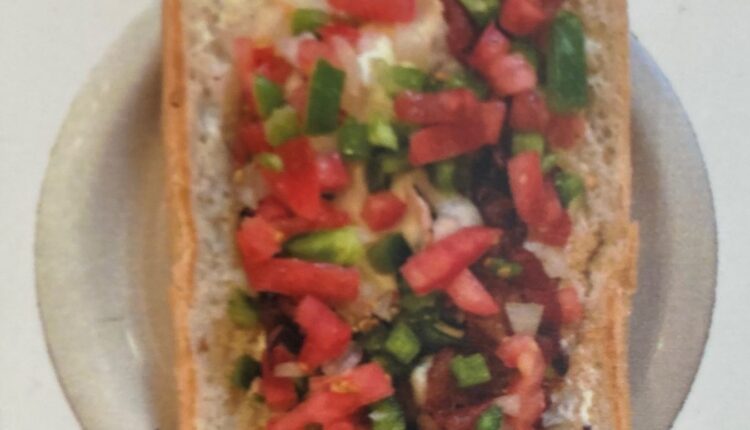 Ever since The New York Times published a quiz that pinpoints a person’s American regional dialect, I’ve thought more about the words I use and the way I pronounce things.

My answers to this fun little test put my usage in the Chicago/northern Illinois region. (I was born in southern California, grew up in central Illinois and, except for a year in England, have lived in the Chicago area since 1986.)

I’ve noticed I say “fur” when I mean “for,” although I try to catch myself. I also pronounce “aunt” like “ant,” but changing that feels false, like I’m trying to be someone I’m not.

Although I grew up saying freeway and highway, I now use the term expressway, like my husband, who’s a native Chicagoan.

While my sister, who lives in New York, calls athletic footwear sneakers, I call them gym shoes, although we agree that when we were kids in central Illinois, we called them tennis shoes or even “tennies.”

Lately I’ve wondered if there are words and phrases that only Evanstonians or other nearby residents use.

Only people around here say E-town and Skevanston and know what a Loretta sandwich is, although no one would add the word sandwich. It would simply be a Loretta.

My children tell me that juking, which is done on the dance floor, is a local word. When they went away to college, they discovered that others didn’t know what juking meant. They said grinding instead.

A friend of mine, who lives in another northern suburb, once laughed at me for referring to Evanston Township High School, which my children attended, as “the high school.” I didn’t think that was out of the ordinary until I recalled that my high school in Bloomington, Illinois, was simply BHS. It wasn’t “the high school.”

Chicago skyline from Northwestern’s lakefill. Is that simply “downtown,” or is it downtown Chicago? Credit: mary mumbrue

Is putting “the” in front of words endemic to this area? I often say “the Jewel” instead of Jewel, when referring to the grocery store.

I also say, “the city” when referring to Chicago, as in, “She lives in the city.”

“Downtown” means downtown Chicago. If I mean downtown Evanston, I use both of those words.

Beyond Evanston, I’ve noticed that people call Ridge Road in Wilmette “High Ridge.” I wonder if this is to differentiate it from Ridge Avenue in Evanston. Or maybe it’s an old term literally related to the height of the road.

Also, I make the “oy” sound when referring to Loyola Academy or Loyola University Chicago, but I’ve noticed that many people say “Ly-ola,” with the first syllable sounding like “lie.”

I recently heard someone from the western suburbs say she had never heard of the Spur. I think it’s technically called the Eden’s Spur, but if you don’t drive around here, you might not know.

Do I need to mention that when you get on the expressway from this area, the signs say I-94 east to Chicago? If you want to go north toward Wisconsin, you get on I-94 west. Yes, east is south and west is north. (I realize this thought dates me. Most people rely on Google Maps and don’t pay attention to these details.)

I know I’m skimming the surface with this vocabulary rundown, but I’ve only lived in Evanston for three decades. Besides, it’s time “fur” me to throw on some gym shoes and go to the Jewel.

What are those ‘Rockford Sun’ papers in your mailbox?