Rockford Man Arrested with 7 Firearms and Nearly 1000g of Weed 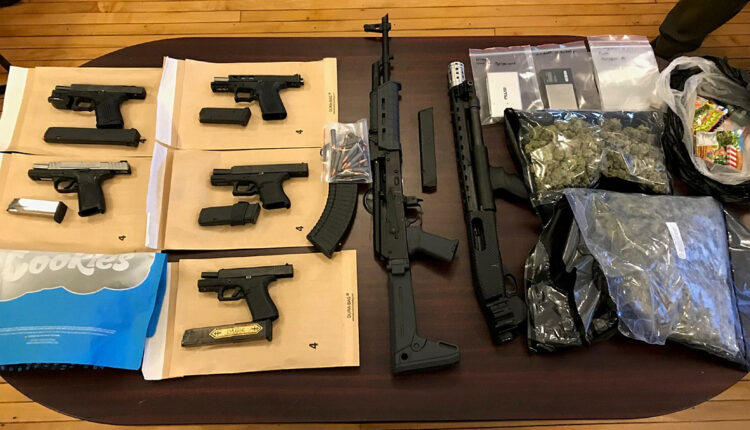 What started out as a shots-fired call turned into a big bust for the Rockford Police Department on Wednesday night (1/4).

According to the press release from Rockford PD, officers received reports of a possible domestic disturbance situation and gunshots at a residence in the 600 block of 12th Street around 7:40 pm Wednesday.

When police arrived on the scene, officers made an attempt to contact the occupants inside the home but there was no response. Spent shell casings were also discovered around the home, according to the press release.

A short time later, six individuals exited the residence and were detained by Rockford Police.

During their investigation of the scene on 12th Street, Rockford PD were able to confiscate the following:

LOOK: What major laws were passed the year you were born?

Data for this list was acquired from trusted online sources and news outlets. Read on to discover what major law was passed the year you were born and learn its name, the vote count (where relevant), and its impact and significance.

LOOK: Things from the year you were born that don’t exist anymore

The iconic (and at times silly) toys, technologies, and electronics have been usurped since their grand entrance, either by advances in technology or breakthroughs in common sense. See how many things on this list trigger childhood memories—and which ones were here and gone so almost you missed them entirely.