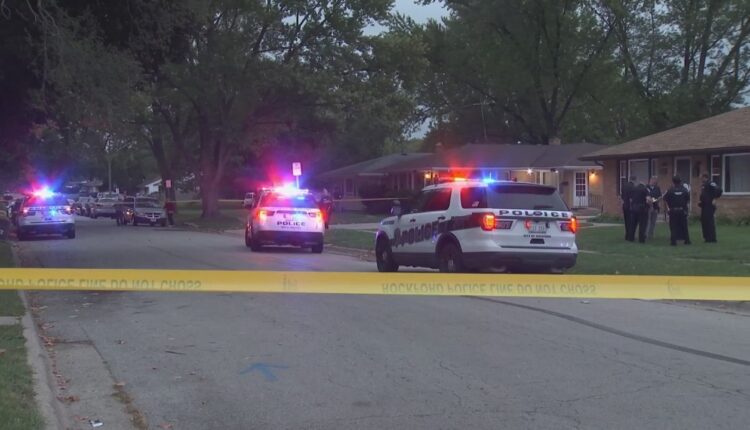 Pritzker declared gun violence a public health crisis earlier this month and pledged to help the hardest-hit communities in the state. Kevin Puckett, who said he lost a family member to gun violence in Rockford, said it was personal to him. Both hopeful and eager to see what will come of it, he said he supports the governor’s mission.

“Considering I grew up with it, I saw it, you know,” Puckett said. “I want to help stop it.”

Puckett knows firsthand what violence can do to a family in Rockford.

Rockford is considered to be one of the most dangerous cities in the state. Violent crime increased by 3% between January and October compared to the same time in 2020. This corresponds to about 60 more cases.

“It has been gun violence since the 1990s, but until today, the millennium, it is very bad,” said Puckett. “It has to be controlled.”

Control that could come with the help of the state. The governor pledged $ 250 million to focus on violence prevention, especially keeping children safe from crime, as well as developing after-school programs and ensuring that trauma recovery services are in place for the youth.

When asked how the money will be used, Puckett said:

Puckett hopes that with community and government support, things will change.

“I think with the help of the communities and the help of the parents and with the older generation who saw it and saw how bad it got, we can do it, I think we can see a change,” said Puckett .

Violence is a cycle that Rockford Mayor Tom McNamara wants to change.

“We saw what happens when systems and, to be honest, people like me keep failing. That can no longer be the case, ”said McNamara. “We’re going to start really focusing on this unabated trauma that afflicts these youth, and now that the State and City of Rockford are truly mirroring each other and really addressing the youth in their earliest times.”

Tabatha Endres Cruz, Executive Director of the Northwest Community Center, is excited to see the result.

“You are our future,” said Cruz. “Whether you are part of the violence, you hear it, you see it, you feel it. Anything that prevents any of this is great for this community, great for our children, great for our parents. “

Cruz said helping these children now will help the community grow and that the Rockford youth could later become Rockford leaders.