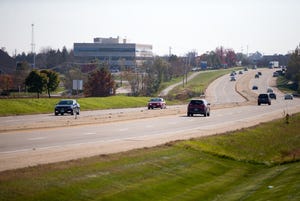 ROCKFORD — Which city has the worst drivers in Illinois?

That dubious distinction belongs to Rockford, according to the insurance comparison shopping website Insurify.

The company’s data scientists compared the number of drivers with a prior at-fault moving violation on record within the last seven years against the overall driving population.

The city in each state with the largest share of drivers with an at-fault violation on record was labeled the worst driving city in its respective state for 2022.

According to Insurify, 17% of drivers living in Rockford have an at-fault violation on their record. That’s 13% greater than the state average but it’s two-tenths of a percent lower than the national average.

More road safety:This ‘road diet’ on Broadway could save lives and increase safety in Rockford

Milwaukee has the worst drivers in Wisconsin with nearly 23% of the city’s drivers having an at-fault violation on their record.

Canton, Ohio, tops the worst drivers in the nation with 28.2% of the city’s drivers having a prior at-fault traffic violation on record in the last seven years. That’s 64% higher than the national average.

Waterbury, Connecticut has the lowest traffic infraction rate nationwide of any city with a population of at least 50,000 residents.

About 10.3% of drivers living in Waterbury have a prior traffic violation on record. That figure is 40% lower than the national average.

Dangerous driving behaviors, including speeding and reckless driving, have risen nationwide during the COVID-19 pandemic and have continued into 2022, according to Insurify.

The company is an insurance comparison shopping website headquartered in Cambridge, Massachusetts.

‘It’s dark out there’: Site of 2006 fatal crash west of Rockford in line for improvements