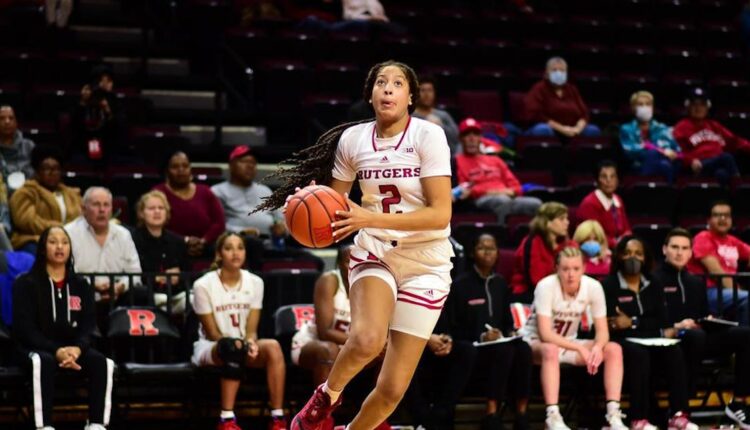 The Rutgers women’s basketball team will head back on the road to face off against Illinois for its second Big Ten matchup of the season. In their first conference battle, the Scarlet Knights (4-6, 0-1) fell to Ohio State 82-70 on C. Vivian Stringer Day.

The Fighting Illini (7-2, 0-1) are also coming off a Big Ten loss in their first conference game. Illinois fell to Indiana by a score of 65-61 on Sunday.

This season, the Fighting Illini are scoring an average of 82.8 points per game (PPG), while allowing opponents to score 56.4 PPG. Illinois is shooting 48 percent from the field and allowing its opponents to score only 33.1 percent of their baskets. From beyond the three-point arc, the Fighting Illini have a 43.5 percent success rate, while their opponents only have a 24.2 percent three-point success rate.

Illinois has three guards who are averaging double digits scored in points. Makira Cook leads the team with 17.2 PPG, with Adalia McKenzie following close behind with 15.6 PPG. Genesis Bryant is third on the team with 13 PPG. Bryant also has a near-perfect 96.6 free throw percentage. All three shooters have a three-point average of at least 38 percent.

Forward Kendall Bostic is another player to watch due to her dual-threat ability. Bostic has a 66.7 field goal percentage and leads the team with 9.8 rebounds per game and 1.3 blocks per game.

Guard Jada Peebles leads the Fighting Illini with a 60.5 three-point percentage. Rutgers’ three-point defense will need to step up to stop Peebles.

The Knights will have to rely on freshman guard Kaylene Smikle. Smikle currently leads the team with 14.1 PPG while also leading the team in total points scored in 5 of Rutgers’ last 6 games.

A key to victory for the Knights is to keep their turnovers to a minimum. Against the Buckeyes (8-0, 1-0) Rutgers gave away the ball 21 times. Ohio State only commits 10 turnovers in the game.

The Knights will play Illinois tomorrow and tip-off is scheduled for 8 pm at the State Farm Center in Champaign, Illinois. The game will be broadcast on Big Ten Network+ and 88.7 WRSU-FM.