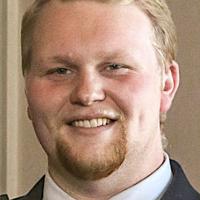 For more than half a century, the Owensboro Salvation Army Family Store, 235 Ewing Road, has served the community as a low-cost place to buy clothing, furniture and household goods.

Lt. Judah Irvin said that in the past, proceeds from the store helped support the Salvation Army’s missions, such as providing food for those in need and utility assistance for those who couldn’t pay their bills.

But over the past decade, he said, the Family Store has started to run a deficit.

“The decision to close the store was not made lightly, but after much review, it seems to be the most responsible choice,” he said. “Over the past few years, sales have been declining to the point where (the store) can no longer help to support the Salvation Army programs and those in need in the community.”

The coronavirus pandemic hurt the store, he said, but the problems began long before 2020.

For the past 10 years, Irvin said, revenue from the store has been slowly declining.

All of those reported that the thrift stores weren’t pulling their own weight and had become a drain on Salvation Army resources.

Irvin said the Salvation Army will continue to accept donations of clothing and nonperishable food and to provide them to people in need.

But the store will no longer accept donations of household goods or furniture.

“We plan to repurpose the store space to continue meeting human needs in the community,” Irvin said. “Some of the plans we have include an expanded food pantry, a clothing closet, a social services hub and a space for community meetings to take place.”

But that, he said, will take time, fundraising and remodeling.

Irvin said the closing of the store will not impact services for those in need in Daviess, McLean, Ohio and Hancock counties.

The Salvation Army first arrived in Owensboro in May 1888, with a contingent of four men and 14 women.

The Family Store, then called a thrift store, first appeared in the Messenger-Inquirer files in 1970, when it was at 1702 W. Ninth St.