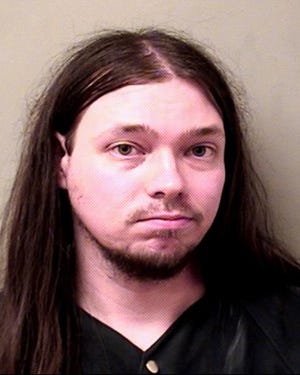 The federal court hearing for a Jackson Township man who kidnapped his 5-year-old neighbor has been postponed until December.

Jonathan Stinnett, 37, was due for a sentencing hearing Thursday in US District Court in Youngstown before Judge Benita Y. Pearson. The hearing has been moved to 10:30 am Dec. 15

In March, Stinnett pleaded guilty to one count of kidnapping and one count of possession of visual depiction of a real minor engaged in sexually explicit conduct.

Stinnett, his fiancee and the little girl went to dinner and shopping at Goodwill in Jackson Township on Nov. 11, 2021. While shopping, the girl needed to use the bathroom, but the retail store did not have a public restroom. Around 6:15 pm, Stinnett left the store and took the girl to McDonald’s to use the restroom. The two never returned.

When the couple did not return with the girl, the mother called to see where they were. Stinnett’s fiancee told her the pair never returned from McDonald’s and the vehicle they were driving was not in the parking lot.

The mother contacted Jackson Township Police to report a missing child. An endangered child alert was issued. It was later upgraded to an Amber Alert.

‘Do you want to go on an adventure?’Jackson Township man accused of kidnapping neighbor’s daughter

Two days he was found near Bloomington, Illinois, parked near a cornfield around 7:30 pm While frightened, the girl was unharmed and her father drove to Illinois to pick her up and return her to Stark County.

According to the FBI, Stinnett indicated he wanted the child for his own sexual gratification. When he was found with the girl, he told authorities he did not do anything to her.