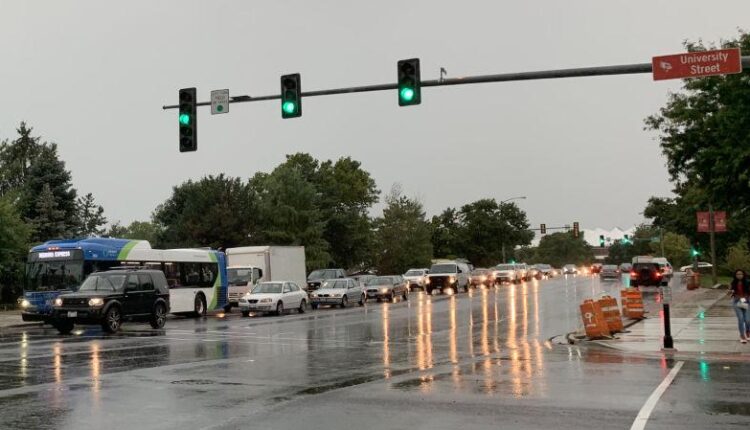 Will Mahrt, sole attorney for the law firm Mahrt, is representing 10 people in lawsuits against the city of Bloomington for flood damage from the June 25 and 26 rains. They are suing for $ 310,000 in damages because the public sewer system backs up sewage and directs it into homes.

Mahrt said previously reported rainfall readings submitted to the Environmental Protection Agency after the incident differed from readings by Bloomington City Council and residents. Now, Mahrt said, city officials are not confident enough to send measurements that they previously submitted to the city council to the EPA.

“I don’t know where you got this number from, but it’s not a number you want to use on an affidavit to the Illinois EPA. It’s just the garbage that they want to deliver to the city council, ”said Mahrt.

The only report filed by the City of Bloomington to the Illinois EPA on the rainstorm cited 3.62 inches of rain over 7.2 hours on June 25 and 2.06 inches over 3.5 hours on June 26, drainage systems.

The number Mahrt is referring to was communicated to the city council during a session on August 16 by a panel of city officials. During a presentation by Public Works Director Kevin Kothe, he said that there was nearly 27 inches of rain in certain areas, with over seven inches of rain reported over a three hour period.

During the presentation, Kothe said that the measurements presented correspond to a 500-year flood. The United States Geological Survey defines a 500-year flood as a 0.2% chance of occurring in a given year.

The National Weather Service reported up to 10.57 inches of rain in certain areas of Bloomington over a 72-hour period from June 24-27. The report did not indicate how much rain fell over a three hour period.

Kothe said he wasn’t sure which weather station was recording the rainfall readings reported to the EPA.

“The point of the EPA report is not so much the official rainfall, but the overflow runoff,” said Kothe. “The precipitation varies in the city. It rained the heaviest in some areas in the south, up to seven inches in three hours. Some areas in the north have not rained quite as hard. “

He also said the three-hour number was recorded by a Bloomington citizen.

“That [measurement] did not come from an official weather station, ”said Kothe.

Kothe said the equipment was made by AcuRite but is citizen owned and operated.


Bloomington and the outside council they hired to defend the city in the impending lawsuit, Quinn Johnston, claim the rain showers are “a force of God”. Her official statement said her position would not change.

“Our position was and is consistent. Although we sympathize with local residents who were affected by this extraordinary storm, the city is not responsible for any damage caused by this storm. We have no further comment, ”the statement said.

“Sewer protection is not a force majeure. Sewage doesn’t fall from the sky; Rain is falling from the sky, ”said Mahrt. “The damage done to most of these houses wasn’t flood damage. That was a channel backup event. “

Part of Mahrt’s case is also based on the fact that many of the damaged homes were located near mixed water overflows (CSO), where both rain and sewage run through the same pipes. CSOs can move less water than dedicated systems, and rainwater mixes with sewage. The EPA regards CSOs as a “primary water pollution problem”.

The City of Bloomington’s 2014 rainwater and wastewater master plan found that drainage systems were deteriorating.

“Part of the infrastructure that is part of the [city’s] The expansion deteriorates to the point where there is no adequate level of service, ”the plan says.

Over 500 households were damaged by the rainstorm and the resulting sewage discharge.

One of the flood-hit homeowners, Tom Larry, expressed his frustration during a city council meeting.

“You have mentioned God repeatedly. If you want to mention God, you must remember that you are all that many of us have left, and you should care enough to help, ”Larry said. “Do you want to blame God? Read your Bible about what you should do for your neighbors. “

The next citizen representative at the meeting, Susan Crawford, spoke about the damage to her home.

“I had no rain damage. I had no water from my roof. I didn’t have any water off my walls, ”Crawford said. “When I saw water coming into my house, it was coming from my laundry room. Water gushed out of my drain and my dresser. “

Mahrt was also one of the homeowners affected.

“Urine, feces and toilet paper got into everything. We had to throw away Christmas decorations that my grandmother brought from Germany after the Second World War. They were soaked in other people’s dung, ”said Mahrt. “It was traumatic. Everything is wrong. It’s not okay that that happened. “

Mahrt refused to predict the outcome of the litigation, but said he was convinced of his reasoning and research.

“What I can say is that we have a great case,” said Mahrt. “It’s not about the money; it’s about the city doing the right thing.”

During and immediately after the June 25 rainstorm, police and fire brigade barricaded flooded streets and helped clear debris. In the months following the storm, the city sponsored free collections for rubble and trash from the storm. They also checked the infrastructure for damage.

During the presentation on August 16, Kothe described a five-year project to repair and improve sewage and rainwater systems. The plan would cost over $ 24 million in total.

Kothe also described a grant program to implement overhead sewer systems in homes served by CSOs. The program would award up to $ 4,500 to eligible households for eligible items. When asked, Kothe said the total cost of implementing a system in an average home would be about $ 10,000.

The city is also formally pursuing the use of a Nicor ​​site for a new water retention area.