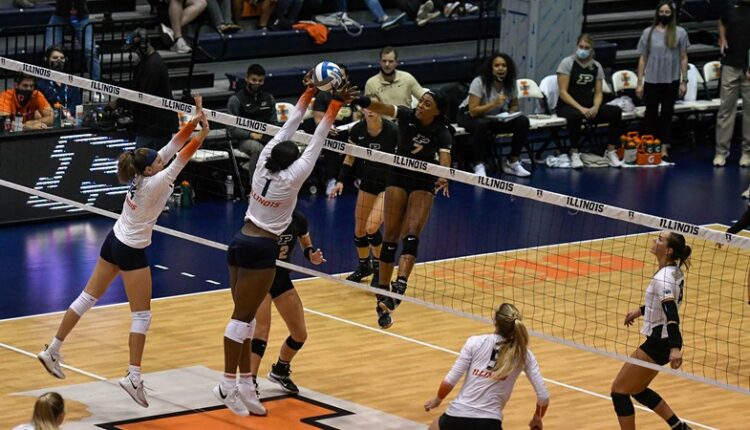 The 19 draws in the first set set the tone for the evening, Boilermakers secured victory after 33 ties and 14 leadership changes in the five sets.

Hayley Bush recorded 45 assists, eight digs, two block assists and six kills in the match, including a sneak attack for the match winner. Grace Cleveland, a product of Bloomington, Illinois, had a team best 17 kills (17-4-44) on her way to .295 that night. Cleveland supplemented their offensive performance with six block assists and achieved a double-double.

Taylor Trammell came out in the third set and scored five kills in the first 10 Boilermaker points, giving Purdue the momentum to come from behind and win the set. The sophomore ended the night with nine kills (one from her career high) and a team high of seven block assists.

A balanced back row saw five boiler makers with at least seven excavations, with the efforts being led by Libero Jena Otec (18 excavations). The Crystal City, Missouri native added a service ace, marking her 146th career ace. With the ace, Otec moved into sole ownership of 10th place in Purdue history. She is the first female boiler maker in 24 years to earn so many aces in her career.

Caledonia, Rockford decides for 1st place in the OK Red