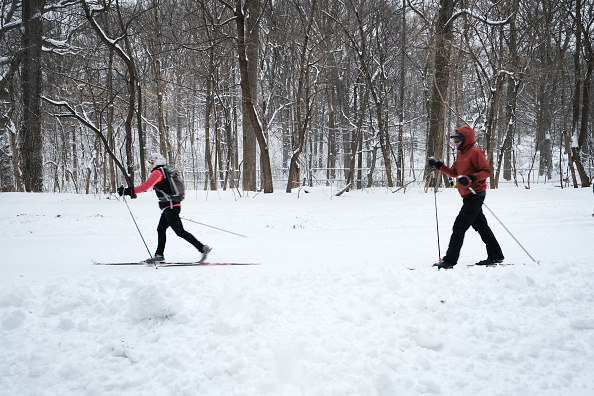 The latest weather forecasts reported that portions of the Northeast and Plains could expect snow and potential rain starting Monday.

According to reports, the unseasonable weather could bring snow to many areas of the United States.

The temperatures becoming colder in the second week of November marks the arrival of winter 2022.

Previous weather reports noted that this year’s winter would be warmer than expected, with less snow accumulation.

In October, the Northeast experienced rollercoaster temperatures and a sudden widespread cooldown from nearly record-high temperatures.

In the latest weather update, AccuWeather explained that snow could emerge in portions of the Texas Pandhandle and Indiana starting Monday to Tuesday.

Meanwhile, the report noted snowfall could also occur in portions of Wichita, Oklahoma City, Springfield, St. Louis, and Indianapolis on Monday and Tuesday.

Residents in the said areas could expect the accumulation of snow that could offer a temperature cool down.

Some kids who wanted to see snow could also enjoy it.

AccuWeather’s outlook also showed that some portions could expect snow and rain on Monday.

The report noted rain and snow could occur in Oklahoma City, while rain could be expected in Lubbock, Dallas, and Houston.

The report further noted Wintry weather that could cause travel delays and zero visibility from Tuesday to Wednesday.

The forecast showed frequent snow showers could occur in portions of Duluth, Green Bay, Chicago, and St. Louis. Snowfall could be expected from Tuesday to Wednesday night in Bangor, Toronto, Ere, and Syracuse.

As the snow becomes colder, it is suitable to wear and prepare your layers of clothes for this coming winter.

Meanwhile, AccuWeather noted that one to three inches of snow could also occur in portions of Kansas, Champaign, Illinois, and Amarillo.

The report indicated that Oklahoma could record the highest snowfall amount.

Residents who would experience the accumulation of snow with rain showers should stay updated with the weather forecast.

Residents in the Northeast experienced shifting temperatures in October.

The unseasonably warm temperatures to a sudden rebound to wintry weather were seen in some portions of the Northeast.

While some people loved the warm temperatures, the snow unloading in the Northeast would give smiles to snow lovers waiting for the early taste of winter.

However, overexposure to snow could have consequences for health.

The swath of snow could also disrupt major roads affecting travel and visibility.

Here are some important reminders about the impact of snow this week.

Wintry weather, with snow and rain, could emerge starting Monday, affecting residents in the Plains and Northeast.

What to do during snow

As weather affects road visibility, monitor the road status for potential closure due to snow accumulation or the threat of zero visibility. It is always best to cancel your road trip when the weather gets worse.

Related Article: How to Avoid Misusing Generators in Power Outages Due to Hurricanes.

© 2022 NatureWorldNews.com All rights reserved. Do not reproduce without permission.