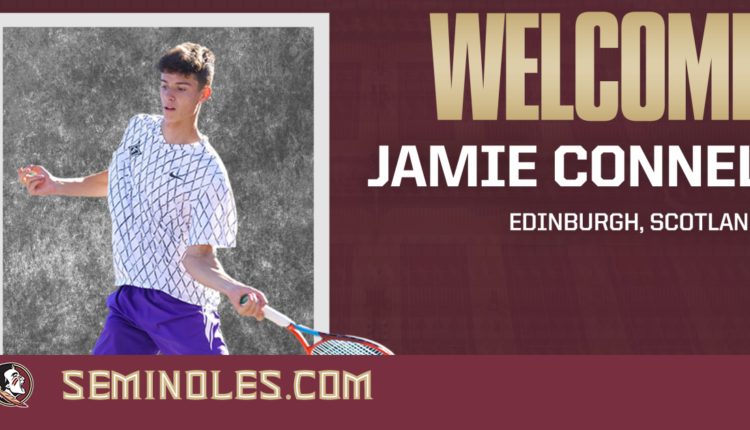 TALLAHASSEE, Fla. – Florida State men’s tennis announced the addition of Jamie Connel, who was the 2022 Southern Conference Freshman of the Year while playing for Furman University.

Along with partner Ivan Mitric, Connel finished the season ranked 78th nationally and 10th regionally in doubles. The pair rose as high as 29th in the national rankings during the spring.

Including two wins in the Southern Conference tournament, Connel finished the season on a nine-match winning streak in singles. Connel beat the only ranked singles player he faced, No. 51 Emile Hudd from Tennessee, in straight sets. Connel also handed Hudd a loss in doubles as Connel and Mitric took down the 9th-ranked duo of Hudd and Shunsuke Mitsui.

“I feel like he has the room to grow to elevate his game,” Hultquist shared. “We think he’ll continue to improve here at Florida State.”

Connel entered collegiate tennis as the top-ranked 18U player in Scotland and among the top 15 players in Britain.

For more information on the Seminole Men’s Tennis program, check Seminoles.com and follow us on social media at FSUMTennis (IG) and @FSU_MTennis (TW).