Writing a book can be like completing a Rubik’s Cube: no matter how long you work at it, no matter which way you turn it, the colors refuse to align. Until one day, with one move, it all falls into place.

Melbourne writer Sophie Cunningham had been working on her puzzle for more than 12 years before it clicked. The result is her wonderful – and wonderfully weird – third novel This Devastating Fever.

“I tried many different versions, with different ways of telling the story,” Cunningham says. “It was difficult, because some of the writing I did for it was among my best writing – but that didn’t mean I had a novel.”

At its heart, This Devastating Fever is a book about the Bloomsbury set, a group of English writers and thinkers active in the first half of the 20th century. In particular, it’s a book about Virginia Woolf’s husband and collaborator, Leonard. The group have inspired more literary output than they produced – but Cunningham’s take is fresh.

A large part of the novel is metafiction, set in the modern day, about Melbourne writer Alice’s 16-year journey writing her own book about Leonard Woolf. But Alice’s book – also titled This Devastating Fever – spins out of her control, its subject unwieldy and its author susceptible to researching rabbit-holes, much to the chagrin of her impatient agent. Meanwhile, the ghosts of Leonard and Virginia keep visiting – to either scold her (Alice is focused too much on their sex lives, Virginia says) or pass on more information, as she wrestles with the material she already has.

The book leaps between the present and the past. It encompasses the sweep of Leonard’s adult life, from his courtship of Virginia to her death and beyond; and, in the present, we meet Alice on the eve of the millennium, and leave her sometime around Melbourne’s seventh lockdown where, in a zombie state, she is conducting Zoom meetings from bed while finishing the book.

That Cunningham also spent 16 years writing This Devastating Fever is one of a few ways the book plays with what’s real and what isn’t. Like Alice, she teaches writing, lives with her wife in Melbourne, and got swept up in her continent-spanning research. In one scene, Alice even participates in the Zoom book launch of a real novel, The Animals In That Country, which Cunningham helped launch virtually in 2020.

But Cunningham says it’s wrong to assume she was writing literally about herself and others; apart from one or two exceptions, everything in the book is made up.

Even the agent? I ask The character of Sarah is so wonderfully and specifically drawn that she feels like a real person.

“I’ve worked in publishing for more than 30 years – I was able to draw on a deep well of knowledge to create a character that felt very recognisable,” says Cunningham.

The takeaway? Don’t call it autofiction, and don’t try to guess who’s who. Everyone is a creation apart from the members of the Bloomsbury group. 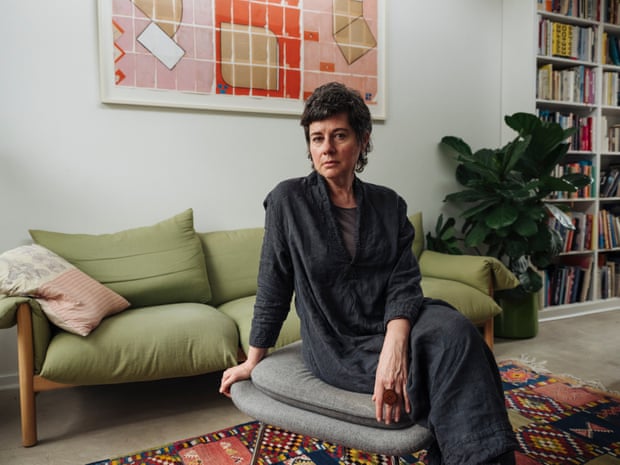 ‘Leonard was quite a complicated character,’ says Sophie Cunningham. Photographer: Alana Holmberg/Oculi for The Guardian

Those who are fascinated with the Bloomsbury group usually focus on its brighter stars, such as Virginia Woolf, her artist sister Vanessa Bell, EM Forster and John Maynard Keynes. Like: why Leonard?

Cunningham was in Sri Lanka in 2005, a year after the tsunami, researching her second novel Bird, when she came across his books and journals. Prior to his marriage, he had spent time as a colonial civil servant in what was then known as Ceylon, during the height of the British empire.

“[Leonard] was quite a complicated character,” Cunningham says. “From reading his work, I became aware that he was super smart. He was a magistrate and tough on people – and the system was not much fun for the local people living under it – but he was a critic of imperialism. Every generation likes to think it’s more woke than the one before, but I don’t think it’s true. He was raising issues that we are still discussing today.”

Woolf left Ceylon for London, where he fell in love with Virginia Stephen, and moved into an unconventional share house arrangement with her and her brothers. While Leonard Woolf was modern in many respects, he still had an unpleasant side.

“Early on in the process, I was self-censoring. I wanted people to like him, but later I wanted to make him a real complex person – and that involved bringing in other aspects of his personality.” In the book, Alice goes on a similar journey. “I think he was a bit of a mansplainer. He was a very serious man and took things seriously – like anti-Semitism – and people thought he was a bit boring about that.”

We follow Alice as she visits Sri Lanka to research Leonard Woolf, then to Bloomington, Illinois, to pore over his papers. She spends time walking in the South Downs, and returns to Melbourne to meet periodically with her agent, who is trying to get her writing back on course.

Catch up on the fun stuff with Guardian Australia’s culture and lifestyle rundown of pop culture, trends and tips 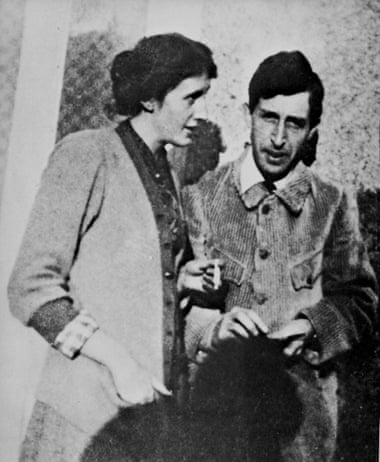 ‘I think he was a bit of a mansplainer’: Virginia and Leonard Woolf photographed in 1914. Photograph: Granger Historical Picture Archive/Alamy

Cunningham’s research took her to other places. At the Peradeniya library in Kandy, Sri Lanka, she came across an alarming name in the library guest book: globally acclaimed biographer Victoria Glendinning had viewed Leonard Woolf’s archive too.

This could only mean one thing: a blockbuster biography was on the way (Glendinning’s book Leonard Woolf – A Life, came out in 2006). A historical novel or straight biography from a lesser-known writer risked being overshadowed by Glendinning’s book.

“If I changed my mind to do nonfiction, that door was now closed,” says Cunningham. “I was interested in the crazy challenge in bringing people to life that had been analyzed so much. It seems insane – but not much had been written about him [Leonard] until Glendinning’s book.”

But then life got in the way – and the book was put aside for other projects. Cunningham wrote two nonfiction books – Melbourne and Warning: The Story of Cyclone Tracy – and became the editor of literary journal Meanjin. “Leonard Woolf went on the backburner.”

Any writer will tell you that putting a novel in the drawer to “mature” is a dangerous game: too long and you move on from work that suddenly feels stale. But Cunningham never lost sight of it, completing more drafts and going on more international research trips.

“The fact that I didn’t abandon it made me ask, ‘Why do we write novels?’ I did get very close to losing my nerve – people are so obsessed with Virginia and Leonard, there’s always going to be an extra layer of scrutiny.” 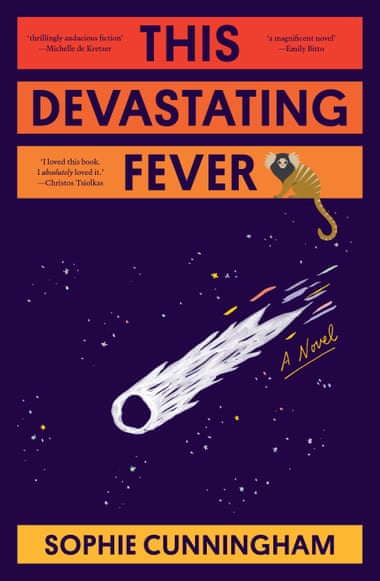 This Devastating Fever by Sophie Cunningham, out through Ultimo Press. Photographer: Ultimo Press

Cunningham tried various devices to make the book work. For instance: “I said to myself, ‘These are like stuffed animals in a diorama’ – then I did a whole draft with them in a diorama!”

Reading Geoff Dyer’s book Out of Sheer Rage in 2017 “gave me a kick up the bum,” she says. That book follows the British author trying – and largely failing – to write a DH Lawrence biography. “[My] book then became about process and writing, and it did give a sense of possibility. Call me paranoid but people didn’t think I could do it. I thought, ‘Fuck you – I’m finishing this book.’”

Like the book itself, the title can be read on multiple levels: This Devastating Fever might refer to Leonard’s words about love, or to the pandemic, or to Alice’s own night sweats as she tries to finish her novel. For a book that has had so many lives, over so many years, it feels remarkably fresh.