Southeastern hits the road for Round 2 of playoffs 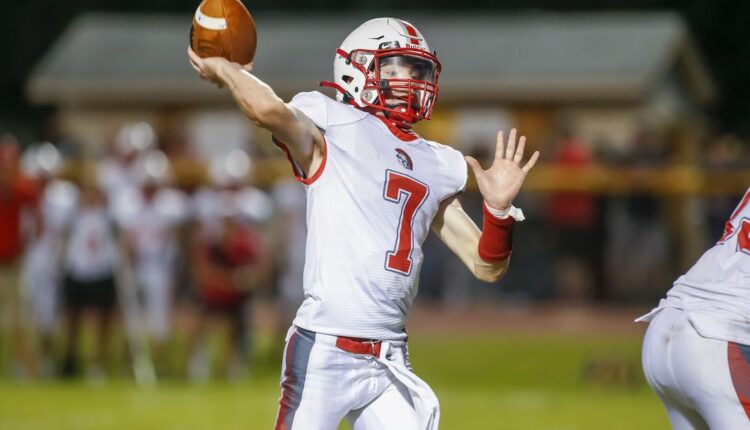 “We’re extremely proud here,” Woods said. “The town is buzzing. The boys have earned it.”

Now, the seventh-seeded Trojans will travel to second-seeded Fort Loramie (9-2) for a Region 28 quarterfinal game. The Redskins beat St Henry 43-20 in a first-round game.

“It’s one of those things where you enjoy (the victory), but you’ve got Fort Loramie coming up so you know there’s a lot of work to do,” Woods said. “Our boys have been working hard preparing for them.”

“They’re a disciplined football team,” Woods said. “They’ve got a lot of great athletes. … They’ve been good for a long time. We’re going to go up there Friday night and get after it, that’s for sure.”

“When you get to this point in the playoffs and you have these small villages and communities who come together on Friday night for games, it’s a lot of fun,” Woods said. “That’s what it’s all about. You get a chance to go on the road and play in a hostile environment, those are the types of games you want to play in. We’re going to go up there and get after it.”

The Falcons started the year 2-5, but have won four straight, including a first-round upset of fourth-seeded Chillicothe Unioto.

In D-VI, Region 24, eighth-seeded West Liberty-Salem beat rival Triad 35-28. The Tigers advanced to play state powerhouse Marion Local (11-0), the top-ranked team in D-VI and defending D-VII state champion. The Tigers are 0-2 all-time against the Flyers, losing playoff matchups in both 2015 and 2016.

The third-seeded Indians advanced to play sixth-seeded Minster (7-4) for the first time since the 2014 playoffs. The Wildcats beat the Indians 42-41 that season.

The Indians have won four straight since falling to Northeastern in Week 7.

All playoff tickets must be purchased through the Ohio High School Athletic Association’s online ticketing platform. No tickets will be sold at the gate. Cost is $10 for adults and $8 for students.