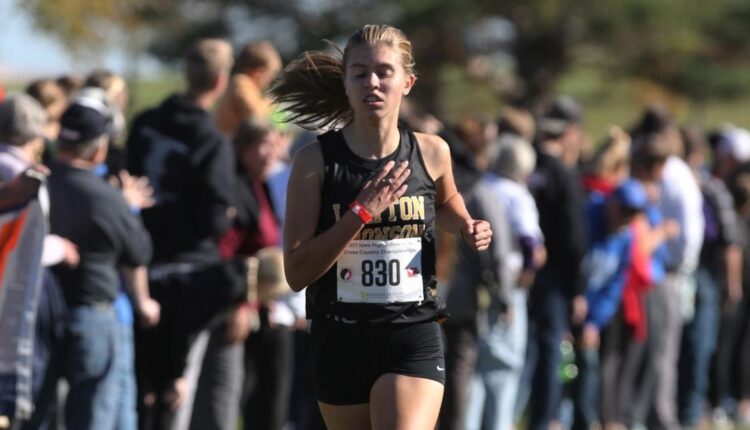 The Spartans won the boys team race with 17 points, while Siouxland Christian was second with 23. West Harrison was third with 57 points and Westwood fourth with 63.

In the girls race, Lawton-Bronson senior Jolee Mesz led the 15-runner field with a time of 22:56.74.

The Rebels were led by freshman Keely Christoffersen, who ran in the 11th with a time of 33:28.90.

It is the third such honor for Jensen, who hails from Plymouth, Minnesota. He graded out at 95 percent while aiding a Coyote offense that racked up 560 yards. South Dakota scored touchdowns on its first three offensive possessions and iced the game with scores on its final three drives. The Coyotes averaged 17 yards per pass, 5.1 yards per carry and 9.2 yards per play against Cal Poly.

Camp turned into his best collegiate performance to date. The Bloomington, Illinois native passed for a career-high 355 yards and three touchdowns while completing 18-of-21 passes. He added a 75-yard rushing touchdown on the third play of the game. He threw a 40-yard touchdown pass to Wesley Eliodor, a 46-yard screen pass to Shomari Lawrence and had a 70-yard connection to Jack Martens. His first incompletion of the game that wasn’t a drop came in the fourth quarter.