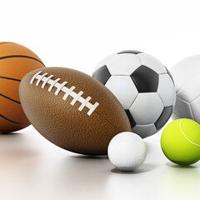 Last year, 79 players participated and between the players and the game’s sponsors, more than $80,000 was raised. The 2021 MVP was Tim Franklin of Fort Zumwalt East. PJ Behan, of MICDS, was awarded the Jennifer Younkins Inspiring Champions Award for raising the most of all the players.

There are about 80 senior players nominated by their coaches for the 2022 game. Schools have been asked to host a Paint It Pink Game as well.

Selection Sunday will be Oct. 9. Invitations to play will be sent to the players Oct. 10. Rosters will be set Oct. 24. The jersey reveal will be in early November.

The coaches will be Pat Mahoney and Sorrell Harvey. 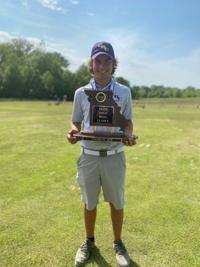 He received a trophy for his four-round total of 280. Two rounds were played at Westview Golf Course in Quincy and at three golf courses in Bloomington, Illinois.

“This was my third time playing in the tournament and my second time winning it,” said Ackerman. “The last time I won it was four years ago. My expectations were very high going into the tournament. I felt very confident in my swing and my mental game.”

As a result of his victory, Ackerman qualified for the IMG Academy Junior World Golf Championship in San Diego.

“It made me feel real good that I was able to go to the tournament and enjoy Torrey Pines,” Ackerman said.

Ackerman has a solid freshman season for the Cadets. He earned a co-district championship, a second-place finish at the Bulldog Battle, a tie for second at the Webster Cup, and a tie for sixth at the Bantle Memorial Tournament. In his first state tournament, he tied for 17th in the Class 5 meet.

“From my freshman season I had a couple really good tournaments,” Ackerman said. “I had a lot of fun throughout the whole season. The only thing I wish was that I played great at state. I played just OK and didn’t do as good as I was hoping. Next year, I hope to accomplish bringing home a state title for CBC. That could mean individual or as a team.”

Trip Sanfelippo played in US Junior Amateur but did not make the cut at Bandon Dunes Golf Resort in Bandon, Oregon.

The recent Lafayette graduate and Wildwood native shot rounds of 78 and 80 for a 158. The cut for match play came at 1-over-par 144.

“It was an incredible experience and really unlike any event that I had played in previously,” Sanfelippo said. “I want to give a big thanks to the whole USGA staff for doing a great job and putting on a very well run event. It absolutely surpassed my expectations. I had heard a ton about Bandon Dunes but until you go there and see the venue you really can’t understand how unique it is.”

The course was difficult, Sanfelippo said. He said it different from any course he had played before.

“It was a true links set up and the wind made it play very, very tough,” Sanfelippo said. “It was a very fun golf course because you really had to think about each shot; the fairways are massive but if you’re on the wrong side of the fairway it may even be tough to make par.”

Not making the cut to reach match play in his first USGA was disappointing to Sanfelippo. However, he chose to look at the bright side of things about the tournament.

“I definitely didn’t play how I expected, or hoped to, but nonetheless it was a great experience,” Sanfelippo said. “I just kind of couldn’t get comfortable out there and just made way too many mistakes. I feel like I prepared well but sometimes it just doesn’t go your way out there. I learned a ton from playing in the tournament and will always remember it. I definitely feel like I am a better player than I was before I competed in the event.”

Sanfelippo wants to experience golf at that level again.

“It was incredible and hopefully will not be my last USGA championship,” Sanfelippo said.

Mottert had an impressive showing at the big tournament that included rounds of 92, 84 and 76 for a three-day total of 252 during the event.

As a freshman at Francis Howell last fall, Mottert played in the Class 4 state tournament. She finished 20th with a two-day score of 165 on rounds of 83 and 82.

“She struggled on the first day (at Pinehurst), but settled in very well for days 2 and 3 in what was, by far, her biggest stage to date,” Francis Howell coach Jason Ruth said. “She earned her spot in this prestigious tournament by winning a tournament in Arkansas back in June. She did so in the 12-14 division, because her birthday falls in mid July. So, when she went to Pinehurst she was moved up to the 15-18 division because of her recent birthday. Long-story-short, as she tells it, she ended up in the division she belonged in but it just took her a day to settle in.”

“She quintuple-bogeyed the first hole on Day 1 and tripled it on Day 2 and still shot well enough to almost podium,” Ruth said. “She is unflappable and her 15th club – her head – is the best in her bag. Humble as can be, the kindest golfer any girl will play with, and all of this while shooting an 87 or a 75, doesn’t matter. “

Ruth is excited about Mottert can do this fall for the Vikings.

“This is going to be her bridge year where she closes the gap on those who have bested her,” Ruth said. “Her freshman year came to fruition while using old-school woods and an iron putter. She has worked very hard all summer. Her swing is the best I’ve seen it and her equipment is now what a golfer of her caliber needs to have “In the bag. Time will tell, but I’d just like one thing from her this season; the same level of humility and grace as she leads the Vikings, accompanied by a heap of other great talent within our program, to many top finishes.” .”

Ruth didn’t want to reveal his goals for Mottert this season.

“I’d be lying if I said that her coaches didn’t have our own goals for her this season, but I’m keeping those a secret,” Ruth said.

MICDS girls tennis returns a familiar face to coach the squad this fall.

Brad Heinemann is back as the next head varsity girls tennis coach. This will be Heinemann’s second stint as the girls head coach. He directed the program from 2004 through 2013 before stepping down due to expanding professional and family roles.

Heinemann taught Upper School Fine Arts for 16 years at MICDS. He has also coached tennis at MICDS for 18 years, most recently serving as our assistant varsity coach for both the girls and boys programs.

Heinemann played tennis at Rockhurst University and spent a year coaching the men’s and women’s tennis teams at Lindenwood University.

“I care about our girls tennis program and I am eager and excited to have another opportunity to lead it and work with our students as we promote their skills and the game,” Heinemann said.

Coach Patrick Huewe had been leading the girls tennis program. Huewe will continue in his role as Upper School World Languages ​​teacher and JK-12 World Languages ​​Department Chair. He will also continue to serve as the MICDS varsity boys tennis head coach.

Former University of Missouri wrestler and high school All-American Jack Flynn is the new coach for the Cadets.

Flynn will teach in the Social Studies department.

“Jack Flynn comes to us as a highly regarded, up and coming, young coach,” said Rocky Streb, the former athletic director. “Everyone who knows him recognizes his potential to become an exceptional coach and the wrestling community here at CBC feels fortunate to have him at the helm of our program.”

Flynn was an accomplished wrestler at Francis Howell High. He finished his career with the Vikings as a four-time state place winner, including an undefeated state championship season (47-0) as a senior. He was an all-American and National High School Coaches Association National Champion, as well.

Following high school Flynn went on to compete at the University of Missouri. He was a three-year varsity letterman. He earned Academic All-Big 12 Second Team honors in his final season in 2022.

“I am very excited for Jack, CBC and the entire St. Louis wrestling community,” Missouri wrestling head coach Brian Smith said. “Jack was an unbelievable competitor, a selfless teammate, and is about to start a great teaching and coaching career. His passion for the sport and his willingness to learn and grow will make for a promising career. My staff and team are all very excited for Jack.”

Flynn is looking forward to the beginning of his teaching and coaching career at CBC.

“I am excited to begin my career among some of the state’s best athletes, coaches, teachers, and young men,” Flynn said. “CBC is a place that cares about so much more than just the athlete. After getting a look at the culture that exists at this institution, I knew that it was the place for me. It is a blessing and an honor to be able to lead the CBC wrestling team. I cannot wait to get started.”

Alli Duckworth is the first beach volleyball head coach at Lindenwood. The Lions will begin their inaugural season in 2023.

She has been an assistant for six years with the volleyball program. Duckworth was previously the assistant coach and recruiting coordinator at Saint Louis University from 2014-16 and was Armstrong State University’s assistant coach from 2011-13.

Duckworth played collegiately at South Florida, where she was a four-year letter winner for the Bulls from 2006-09.

Duckworth was a standout at Marquette High, lettering in volleyball and basketball all four years along with winning numerous team, tournament and conference awards.