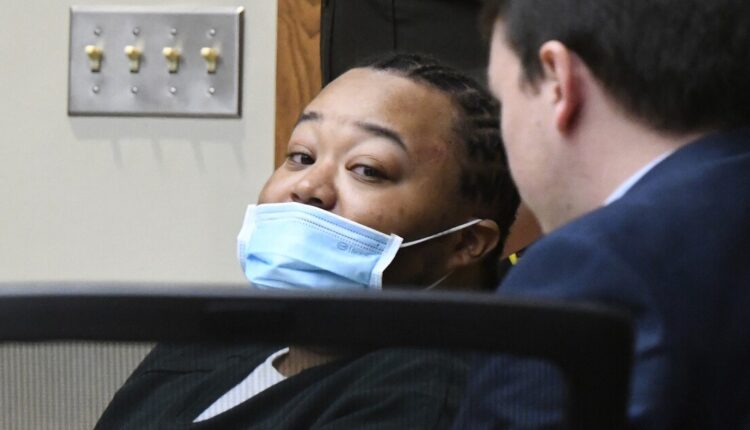 Sydney Mays Jr. was sentenced to three life sentences on Friday for murder in the 2018 Bloomington shooting, in which three people were killed and a four-year-old boy was left paralyzed.

Mays refused to attend the conviction hearing, which was continued from an October 4 hearing at which he refused to return to the courtroom after Judge Casey Costigan denied his request for a retrial. Mays had argued that former defense attorney Michael Clancy provided ineffective legal assistance during a January trial.

Mays was found guilty of killing Nate Pena and Corey Jackson, both 22, and Juan Carlos Perez, 33, in an apartment on Riley Drive in Bloomington. Pena’s son was injured in the incident.

The state law prescribes a life sentence in cases with several deaths. Costigan’s decision in the Mays case was limited to the attempted murder of the child, a conviction with a possible imprisonment of 30 years.

Costigan sentenced Mays to 50 years in prison for attempted murder.

In her motion for four life sentences, prosecutor Erika Reynolds said Mays “butchered people who he said were his friends”.

Mays ‘decision to skip his conviction hearings is another example of his cowardice for making a conscious choice to avoid the opportunity to hear from his victims’ families, Reynolds said.

In a statement about the victim’s effects, which a prosecutor reads to the judge, Juan Carlos Perez’s wife described how the loss of her husband affected her family.

“We had a lot of dreams that won’t come true,” said Sanchez, who has two daughters and was pregnant when her husband was killed.

Perez was “an innocent bystander” who ran out of the apartment when he was shot, said Sanchez.

The young survivor of the shootout also experienced life changes, Reynolds said. A gunshot wound to the spine resulted in the boy being confined to a wheelchair. The opportunity to go on stage, play sports and walk down the aisle to meet a bride upon graduation are some of the experiences the victim will miss because of Mays’ actions, prosecutors said.

Defense attorney Brian McEldowney, who is supposed to represent Mays at the hearing, has not presented mitigating evidence on Mays’ behalf. He requested a 31-year concurrent prison sentence for attempted murder.

In his remarks to the delivery of the verdict, Costigan described situations related to the unnecessary and tragic loss of life as “about the most unfortunate that the court has to deal with”. The judge expressed his condolences to the large number of supporters of the victims.

Costigan also ordered about $ 10,000 in compensation to the victims’ families.

In a statement following the conviction, prosecutor Don Knapp said: “Of course, no sentence or number of years will bring back loved ones lost in this senseless act of violence. We hope that the families of the victims can find some consolation in the fact that the defendant, thanks to the incredibly hard work of Sgt. Tim Power and the entire team at the Bloomington Police Department. “