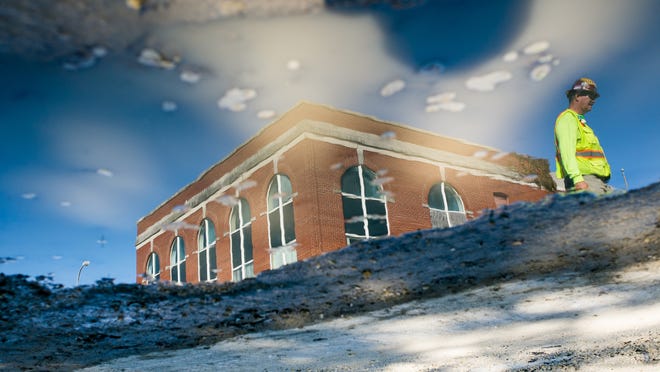 ROCKFORD – Rising construction costs could force the Rockford Public Library to return to ComEd and ask for more money to build their planned 68,000-square-foot library or consider cuts.

Due to delays – ComEd’s environmental remediation took more than a year longer than expected – and during that time skyrocketing building materials costs, the library could consider a final construction bill that is about $ 3 million over the promised $ 33 million US dollar is from ComEd.

“We believe what we have designed is an essential structure,” said Paul Logli, President of the Library Board. “We’re not ready to cut into what we think is a good structure that was approved a few years ago, and we expected a certain price with inflation built in, but nothing we expected covered what COVID was with the Supply chain has made and “on material costs.”

The removal of the soil contaminated with coal tar by ComEd under the former library should take place in June 2020, but was not completed until August 2021. On Wednesday, officials celebrated an official groundbreaking ceremony for the new library.

The new building could open in autumn 2023.

Before:The Rockford Public Library is going mobile with a custom built van to expand its reach

ComEd was responsible for cleaning up soil pollution under the former library building, which opened in 1903 through a series of corporate acquisitions. Logli praised ComEd for “doing the right thing” and paying for the cleanup and a new library.

But Logli has told ComEd officials that he wants to return to the negotiating table and is looking for more money for the new library because of the cost increases.

ComEd spokesman George Gaurlrapp did not immediately respond to a telephone message asking for a comment.

The library’s executive director, Lynn Stainbrook, said that if the library were forced to make cuts, it would not be because of the structure’s primary design. This would cost more than would be saved, as extensive changes would require additional engineering work.

Stainbrook said that without additional funding, the library would face painful decisions about potential cuts to facilities, landscaping and materials.

“It’s a real shame when I look at some of these pictures that we have to see if we’re going to be able to do it all or not,” said Stainbrook.