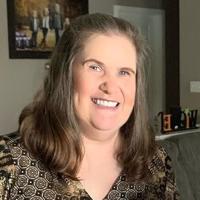 Theresa Y. McArthur, 60, passed away at 3:35pm on Wednesday, November 16, 2022, at Alton Memorial Hospital. She was born on July 28, 1962, in Peoria, Illinois, the daughter of the late Frank and Yvonne (Jeffries) Jacobson, Sr. She married Glenn McArthur on December 19, 1987, in Chillicothe, Illinois, and he survives. Other survivors include two daughters: Jaime McArthur of Godfrey, Cherise “Rees” McArthur of Highland, a son and daughter in law: Christopher and Kelsi McArthur of Bethalto, eight grandchildren: Jayda, Tia, Ethan, Zoey, Bryce, Aiden, Brynnlee, Aria, four great grandchildren: Vivian, Jawan, Adair, A’Nylah, a sister and brother in law: Debbie and Doug Meehan of Littleton, Colorada, three brothers and two sisters in law: Frank and Linnea Jacobson, Jr. of Charlotte, North Carolina, Leland Jacobson of Tremont, Illinois, Clyde and Crystal Jacobson of Hensley, Arkansas, many nieces, nephews, and other extended family and friends.

In celebration of her life, a memorial service will be held at 11am on Monday, November 21, 2022, at Connect Church in South Roxana. Pastor Dan Smith wants to officiate.

Memorials are suggested to Connect Church in South Roxana.

Pitchford Funeral Home in Wood River is in charge of cremation arrangements.

Rockford Public Works revs up snowplows for the winter season

Where To Buy Locally Raised Meats in Champaign-Urbana and Beyond