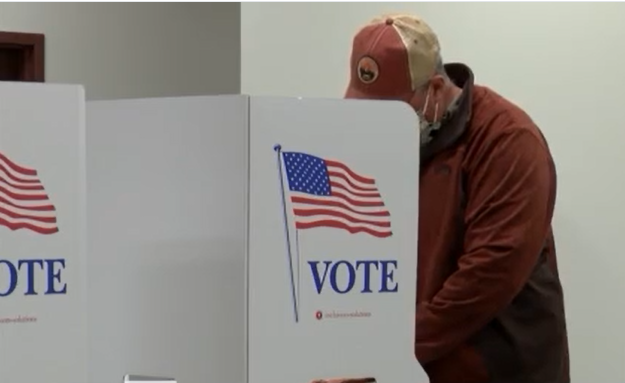 URBANA, Ill., (WCIA) — Voters in Champaign County are still waiting for all ballots to be counted. About 4,345 more ballots were counted Tuesday afternoon.

With those ballots, the Sixth Judicial Circuit Court Judge’s race continues to go back and forth. Democrat Chad Beckett now has the lead over Republican Sam Limentato. There are still about 1,826 votes to count.

Aaron Ammons, the Champaign County Clerk, said everything will be finalized in one week on Tues., Nov. 22. That’s also when they’ll provide the next update.

Ammons and his office are still busy counting, focusing on vote-by-mail ballots.

“We’ll be able to count as many of those that trickle in over the next few days, as well as any provisional ballots,” Ammons said.

He said 20% of people mailed in their ballots. As long as they’re postmarked by Nov. 8, Ammons said it will count. He said all votes have to be certified under state law.

“There’s always been a 14-day window afterward for the official results. Everything that we’re discussing right now is unofficial,” Ammons added.

This year, Ammons said 36,697 people voted in person on Election Day, and another 18,148 voted early. He said he’s working on pulling the numbers to learn how many people voted within their precinct. It was the first time they could vote anywhere.

Ammons feels that based on the overall numbers they’ve seen so far, and the feedback he has heard, the Vote Center Model will stay.

For people who did vote in person, many waited in long lines. Ammons originally blamed the slow connectivity on a cyber attack, now he said they’re looking for more evidence and working with a federal agency.

Ammons said he knew there were attempts to get on the office’s website for a couple of weeks leading up to the election.

“At 3 in the morning, there were 4,000 or 5,000 requests for the website,” he said. “We know those are attempts to break into the website, find some sort of loophole. That was stopped and didn’t gain any traction.”

He continued to emphasize that the county didn’t lose any information and no one gained access to sensitive information. He said it doesn’t affect the vote count.