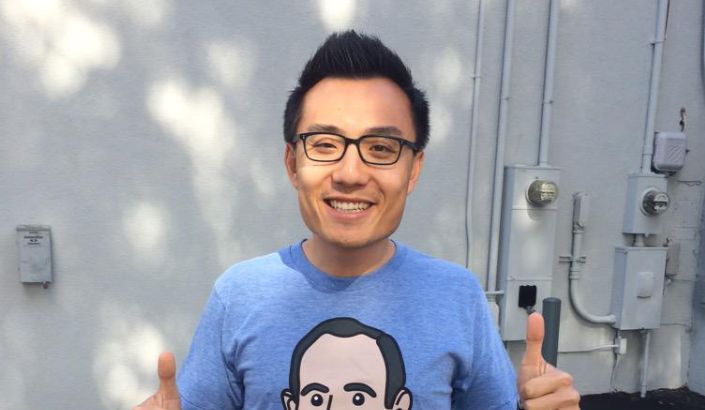 Online food delivery services have been on the rise in recent years, and DoorDash is among the leading companies in the industry. CEO and co-founder, Tony Xu, used to wash dishes for a living. Now, he is an investor set to appear in the upcoming season 14 of Shark Tank. As of 2022, Tony Xu has a net worth of $1 billion.

On May 5, 1985, Tony was born Xu Xun in Nanjing, China. His family relocated to Champaign, Illinois, when his father studied for an aerospace engineering and applied mathematics Ph.D. Then, Xun changed his first name to Tony.

As immigrants, they relied on a federal assistance program and took on multiple jobs to make ends meet. Tony also started working as a dishwasher and a lawn mower at an early age.

After finishing high school, he studied operations research and industrial engineering at the College of Engineering at UC Berkeley. In 2013, he earned an MBA from Stanford University’s Graduate School of Business.

Tony was first an intern at the financial services company Square (now called Block). He worked in business development for RedLaser’s eCommerce software. Then, he was a business analyst for the McKinsey & Company consulting firm.

The diligent young man also worked at PayPal and eBay as a strategy consultant. With his Stanford classmates, Tony Xu launched his first delivery service, PaloAltoDelivery.com. After graduating, the same group co-founded DoorDash in 2013.

To learn about the ins and outs of food ordering and transport, Xu applied to work as a delivery driver for FedEx and Domino’s Pizza. He and his colleagues delivered DoorDash’s first orders, great to see founders willing to get their hands dirty!

Xu was chosen to be the CEO of his startup, and he led its initial public offering (IPO) in 2020. DoorDash went public at $102 per share and peaked at $245 in November 2021. The company operates in a competitive space and is currently losing money. The company posted a loss of $468 million in 2021. This may look bad but even Uber is unprofitable and currently loses billions every year.

With the success of the IPO, he officially became a billionaire at 36 years old. The Chinese-born entrepreneur later used his newfound wealth to make investments in companies such as TechNet, Meta Platforms, Alchemy, and All Day Kitchens.

To expand his portfolio, he accepted an invitation to become a guest investor on season 14 of Shark Tank, a hugely popular show with a strong following. He’s coming in with another new face on the series, actress Gwyneth Paltrow.

Net Worth and Earnings

Unsurprisingly, DoorDash is Xu’s main source of wealth. As a co-founder, he owns a 5% stake in the food delivery company. This alone was enough to make him a billionaire.

To maintain his fortune, he enjoys investing in innovative startups. He is currently on the board of directors for Meta and the Silicon Valley Chinese Association Foundation. Tony is also on the executive council of Technet. This is why his net worth is estimated to be around $1 billion.

While attending UC Berkeley as an undergraduate student, Tony met his future wife at church. He married Patti in 2013 and they are currently raising their children in Stanford, California.