Top Cities for Gamers in the U.S. 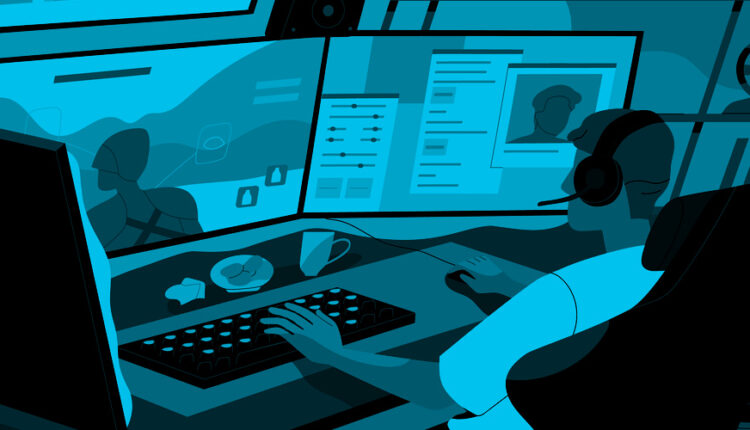 As is well known, John Lennon’s aunt said to him, “A guitar is fine, but you will never make a living on it.” And Lennon reacted immediately by putting a brass plaque with these words on the instrument that made him famous around the world.

A few generations later, millennials and Gen Zers who grew up, being told that they play too many video games – and that their hobby will never produce anything valuable – may now feel vindicated: gaming is a huge market and they deserve theirs Making a living with video games is no longer soaring, but a serious career prospect – from streaming to online reviews to unboxing videos.

For example, since 2014 – when the first eSports programs were established for universities – competitive gaming has become an important part of university sports. ESPN reports that there are now more than 125 such programs in the US

Even before the pandemic, gaming could be done either as a job or as a hobby from almost anywhere. All you needed to get started was a stable internet connection and a computing device. But what if you’re also interested in sharing your passion with other like-minded people at conventions, or still browsing your local video game or equipment store? Or what if you want to even get into competitive gaming in college?

If any of these scenarios sound like you, CommercialCafe has created a list of 10 US cities for players looking to access a wider range of gaming experiences. Read on to find out what these places have to offer.

The average Internet speed in Los Angeles is 96.8 Mbps, with 87.7% of households having a broadband subscription. There are also 12 games and equipment-related facilities for every 100,000 inhabitants.

Los Angeles-based gamers have a full calendar of events with three Strategicon-hosted conventions – Orccon, Gamex & Gateway – as well as GameSoundCon (a conference focused on music in games, sound design and virtual reality audio) and the huge industry highlight of the year, the E3 is.

Miami has one of the largest concentrations of gambling and gaming equipment companies among the cities studied, boasting no fewer than 20.4 such establishments for every 100,000 residents. Additionally, 91.8% of households have at least one computing device and 70.8% have a broadband subscription. Miami also scores very well when it comes to internet speeds. At 115.3 Mbit / s, it is behind Austin on this list.

In particular, Barry University’s esports scholarship is an integral part of the institution’s existing computer information science program. Here, students not only have the opportunity to hone their competitive gaming talents, but also build skills for future careers in technology. Game design or development; virtual reality; or computer animation.

Meanwhile, those enrolled in the Varsity Esports program at St. Thomas University – Florida can compete at the National Association of Intercollegiate Athletics (NAIA) and Florida Sun Conference levels.

In Texas, both Austin and Dallas are serious about creating an environment where gamers and gaming communities can thrive: Together, the two cities are hosting eight gaming conventions – including SXSW, Fan Expo Dallas (formerly known as Dallas Comic Con) and QuakeCon.

In terms of esports scholarships, Concordia University in Austin – Texas competes in the American Southwest Conference (Division III). And while Dallas colleges don’t currently offer such programs, there are a variety of locations nearby that do, such as Texas Wesleyan University at Fort Worth or the University of Texas at Richardson.

In Dallas, around 81.6% of households have a broadband subscription with average internet speeds of 96.8 Mbit / s. But Austin has the edge with 89.2% coverage and an average speed of 117.9 Mbps.

Boston is home to PAX East and Arisia, a science fiction-focused convention that also includes game and anime events. 92.7% of the households have at least one computer and there are nine arcades for every 100,000 inhabitants.

About 87.4% of households have an Internet subscription and with average speeds of 114.5 Mbit / s, Boston’s broadband is significantly faster than the national average (currently 99.3 Mbit / s). Additionally, more than 98% of the city has access to gigabit internet speeds – a boon for heavy internet users.

In terms of esports scholarships, Bay State College players compete locally, regionally, and nationally in tournaments for titles such as League of Legends, Fortnite, Overwatch, and Madden. Students also benefit from a dedicated classroom in Back Bay – an area that also houses some of Boston’s most sought-after office space, as well as hotels and restaurants.

In the west, Phoenix Fan Fusion – formerly known as Phoenix Comicon or Phoenix Comic Fest – is one of the most important pop culture events in the southwest, bringing together gamers as well as anime, manga, comic, card and board game enthusiasts. Since 2015, the city has also hosted the Game On Expo, the largest gaming convention in Arizona.

In addition, Phoenix has 8.5 gambling establishments per 100,000 population and 84.9% of households are connected to the Internet at an average speed of 86.2 Mbps.

Home to several game development companies, Minneapolis has a gaming density of 16.2 per 100,000 residents – one of the highest in the Midwest.

And although the city doesn’t currently have any esports scholarships, two major congresses are held here: The first is 2D Con, which appeals to both casual and competitive gamers. Then there is the MetaCon – a great entertainment fair with interactive events, guest stars, artists and entertainers – another highlight of the local geek community.

In the east, around 87.9% of households in Atlanta have an Internet subscription, and the average speed here is 92.7 Mbps. The city also has a generous proportion of gambling establishments – 15.6 such firms per 100,000 residents – as well as a busy convention scene with four events a year.

Georgia State University is part of the National Association of Collegiate Esports and the Georgia Esports League (GEL). Students enrolled in this program can compete in League of Legends, Smite, and Brawlhalla nationally and regionally. The scholarship also provides access to game design, media entrepreneurship, and computer science classes.

In 2019, around 89% of households in Milwaukee had at least one computing device, and internet speeds in the area averaged 101.5 Mbps. There were also 9.7 venues for every 100,000 Milwaukeeans.

For students interested in competitive gaming, Bryant & Stratton College is the local esports scholarship option. In particular, the school’s eSports program aims to develop problem solving, team building and virtual collaboration skills in addition to the skills of the players. Ideally, these skills would then transfer to related work areas that these students could move into at some point in the future.

The Midwest Gaming Classic takes place in the Wisconsin Center and is a hangout for everyone from coin-operated arcade nostalgics to pinball or video game fans. And for those with a lot of competitive pressure, the convention has plenty of tournaments for all brands of games. There’s also an abundance of board game providers, card game providers, and even two Tesla cars that serve as their own arcades with games on their dashboards.

Chicago doesn’t just enjoy games. It also develops them. The city ranks among the top five for game developers in the United States – ahead of New York. In addition, Chicago is one of the world’s largest game development cities with 19 active studios.

About 83.6% of households in Chicago have an Internet subscription with an average speed of 100.6 Mbps. With 10.4 companies per 100,000 inhabitants, the city also has a good proportion of gambling establishments.

“Computing Devices” – households with one or more computing devices (census, 2019)

“Density of gaming establishments” – Includes game rentals, hardware stores, peripherals, electronic software stores per 100,000 population. NAICS codes: 423430, 443142, 532282, 713120.
If a city is in multiple counties, only the county with the largest proportion of the city was used for the calculation (County Business Pattern, 2019).