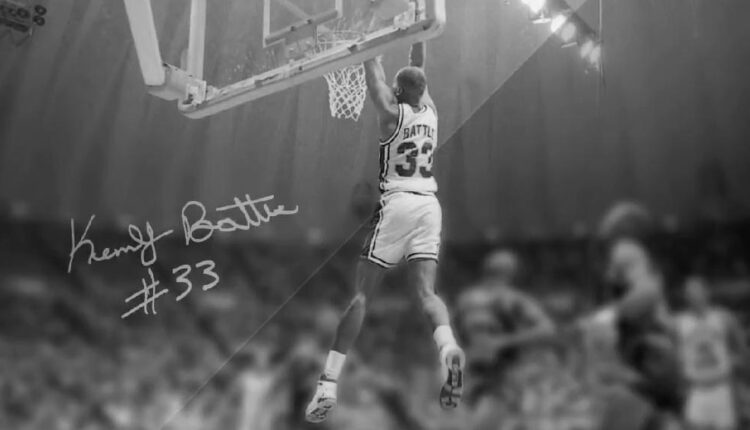 For $25, Illini fans can purchase an animated digital token with the image, stats and accolades of a current Illinois football and volleyball player, or of a basketball legend, like Deon Thomas or Kenny Battle.

At least 60 percent of the proceeds, company founders say, go directly to the players.

These are the products of one of campus’ newest name, image and likeness ventures — NextName — founded by a father-son duo of UI graduates.

Steve (’88) and Ryan Thayer (’21) have designed their fledgling company around the growing NIL space.

The digital, collectible “trading cards” are actually non-fungible tokens, or NFTs: Unique, digital assets whose transactions are immutably recorded on a digital ledger called a blockchain.

“There’s a lot of confusion in the space; we’re selling it as a digital trading card. Buy one, and the proceeds will benefit the player,” Steve Thayer said. “You’ll have a digital card on your digital wallet.”

The idea came to Thayer after he met with a group of fellow Illinois athletics’ boosters for dinner late last year. The conversation drifted toward NIL and the ways alumni could get involved.

“I left that dinner thinking, there has to be some way to help,” Thayer said.

His son, Ryan, was back home on a weekend, so the two began brainstorming ideas that would go beyond an endorsement or donation on behalf of the players.

About 9 months after that initial discussion, NextName has clientele. Nine Illini football players — Chase Brown, Artur Sitkowski, Jordyn Slaughter among them — have their NFTs for sale on the NextName site.

Twelve of the 16 women’s volleyball players, including Champaign middle blocker Rylee Hinton, senior setter Diana Brown and libero Caroline Barnes are on board, selling cards with their statistics and accomplishments illustrated by motion graphics.

Players receive 60 percent of the net sales — sale price minus transfer fees, blockchain expenses and third-party royalties, the site says — for any player tokens that depict school trademarks, such as Illinois uniforms. The University of Illinois receives 12 percent of royalties in those cases.

For team tokens and player tokens that don’t include school branding, players who’ve joined the platform receive 70 percent of sales, the company said.

NextName plans to mint up to 5,000 NFTs per player per season, depending on how many people choose to buy each one. Soon, players will have the option of “50/50” tokens, where half of their proceeds go toward a charity of their choice.

“Part of the game is to have the first minted token of that player,” Thayer said. “If you jump in sooner rather than later, I think it’d be worth something to say ‘I have serial no. 1 of Kofi’s first token,’ or whoever the player is.”

The Thayers have broader ambitions for the platform. They’ve hired a handful of full-time staff and several strategic advisors to help run the business, including Bardo, currently an analyst at FOX Sports, and Thomas, associate director of development at the UI.

On campus, the company plans to sponsor a tailgate in Lot 31, with a NextName-branded Ford F-150 truck. But they want to expand the NIL-driven digital collectibles to other campuses as well.

“I think it’s a revolutionary opportunity for players to make money, and a fun, engaging way to make it more entertaining for the fans,” he said. “The more you know the players, the more fun it is.”

Peoria and Vegas lead in employment and wage gains

13 things to do in the Rockford, Illinois area this weekend