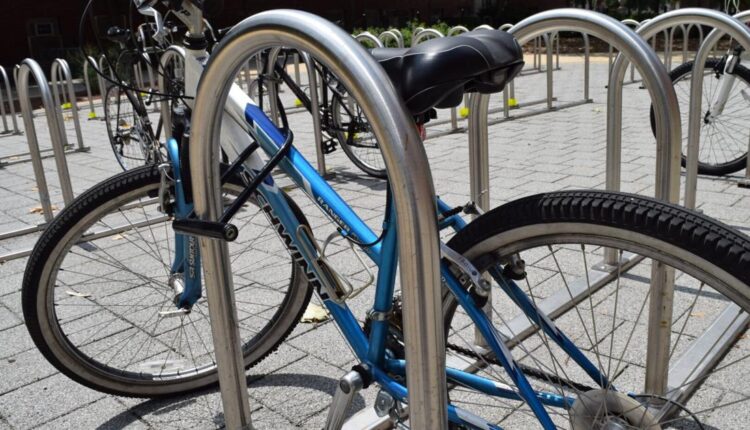 URBANA — University of Illinois police are revving up strategies to fight an increase in bike thefts reported around campus.

Unlike previous years, several of the two-wheelers reported stolen to UI police this semester have been expensive electric scooters and bikes.

“The electric scooters have expanded exponentially on campus; Lots of kids, even staff members and athletes, have these expensive e-scooters,” said police Lt. James Carter. “They pose a problem locking them up, because they don’t have very many places to place a lock in the frame or wheel.”

Many of these e-scooters retail at around $500. One stolen scooter recently returned to a victim cost $2,200, Carter said.

Theft is the most common crime on campus, and bicycles are a common target. In the last three academic years, about 35 percent of all thefts reported on the UI campus (200 of 571 reports) involved stolen bikes and scooters, according to the police department’s annual crime statistics.

Here are the total of bike/scooter theft reports in the same time period (Aug. 1-Oct. 12) over the last four years:

“Bike thefts are probably the easiest, low-hanging-fruit crimes on campus — there are so many bikes, and a lot of them are locked up with locks that are easily defeated,” Carter said. “Not to blame any of the victims, but these thieves have burglary tools to defeat the locking mechanisms.”

A U-lock, the horseshoe-shaped security device usually latched and released with a key, is far and away the best protection against these thefts, Carter said.

To prevent these crimes, UI police say they’ll keep a closer watch on bike parking areas, and begin redeploying “bait bikes,” owned and GPS-tracked by the police department. The bait bikes are placed around campus, and the department gets notified whenever one of them is on the move.

Following stolen bait bikes has led to several arrests of their riders. Usually, Carter said, UI police are able to cross-check suspects with camera footage taken near the bike racks themselves.

“We let them know that, ‘we understand the bike you’re on doesn’t belong to you — there’s a tracking mechanism on the bike,’ and it’s pretty hard to deny that one,” Carter said.

Two were arrested in September after police followed the signal from a GPS device, namely an Apple AirTag, that a student placed on their electric scooter.

Beyond purchasing a quality U-lock, UI police recommend campus bike users register their bikes with the university at go.illinois.edu/mybike.

In the events of theft, vandalism or stolen property on campus, victims can report crimes to the UI police department online at forms.illinois.edu/sec/67685.