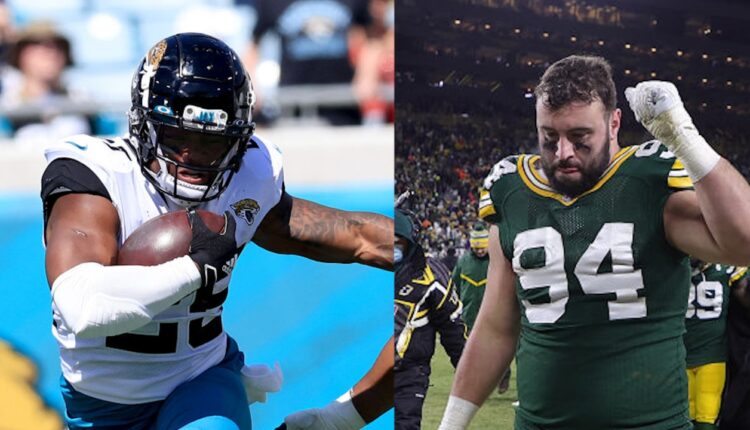 ROCKFORD, Ill. (WTVO/WQRF) – This figures to be a very big offseason for Rockford natives James Robinson and Dean Lowry. Both of them will be NFL free agents come the start of the new NFL year in March.

Robinson most definitely won’t be returning to the New York Jets. The mid-season trade with the Jaguars that landed him in New York didn’t work out. Robinson was inactive for the Jets’ final six games despite being healthy.

In the four games he did play for them, he carried the ball only 29 times for 85 yards. He did score one touchdown for them on a short pass.

Before the trade Robinson carried the ball 81 times for the Jaguars rushing for 340 yards and three touchdowns. He also had nine receptions, one for a touchdown.

For the season Robinson rushed for 425 yards, well below what he did his first two seasons in Jacksonville.

Lowry’s future is more uncertain. His four-year contract that he signed with the Packers in July of 2019 is expiring. Do the Packers want him back in Green Bay? If so, Lowry will probably return to the Packers. His best asset has been his durability. In his seven seasons with the Packers Lowry missed only three games.

This season he had 43 tackles and half a sack before missing the final two games when he was put on Injured Reserve with a calf injury. That ended a streak of 101 consecutive games Lowry had played in.