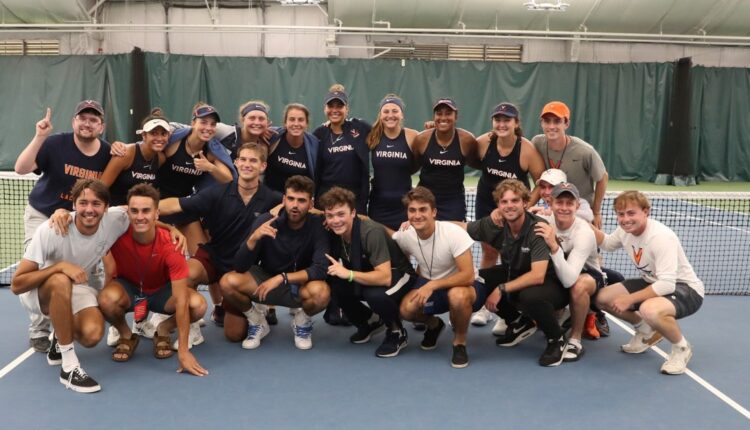 The University of Virginia is the only school to send both of its tennis teams to the quarterfinals of the 2022 NCAA Tennis Championships in Champaign, Illinois this weekend. The UVA men’s and women’s tennis teams have a chance to win team national championships this week, but both will first have to go through quarterfinal matchups against the defending national champions of their respective tournaments.

No. 7 Virginia men’s tennis (25-5) wants to take on No. 2 Florida (26-2) in the quarterfinals on Thursday, May 19th at 8pm at the Khan Outdoor Tennis Complex in Champaign, Illinois.

The Cavaliers, who won the ACC regular season and Tournament titles this season, enter the NCAA quarterfinals on a 20-match winning streak, but their last loss came against Florida in the consolation match of the ITA National Team Indoor Championships back on February 19th.

The Gators have won 21 matches in a row dating back to ITA Indoors, including eight victories against top ten opponents this season, and remain the reigning champions after winning their first-ever national championship in 2021 in Orlando.

Virginia is seeking its fifth NCAA team championship, but first since 2017, when the Cavaliers won their third-consecutive national title.

The winner of the Virginia-Florida match will face the winner of No. 3 Baylor and No. 6 Tennessee (4pm, Thursday) in the semifinals on Saturday at 2pm. 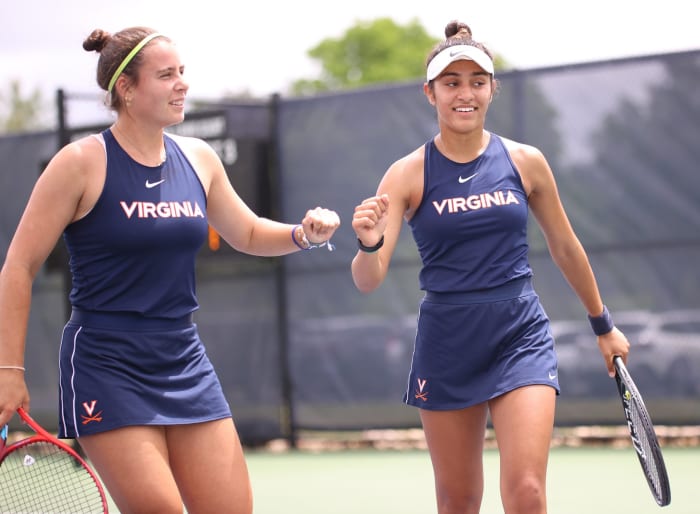 The Cavaliers took down Youngstown State, Princeton, and No. 12 Oklahoma State to advance to the quarterfinals for just the third time in program history. UVA is among the final eight teams remaining in the NCAA Women’s Tennis Championship for the first time since 2016 and the first time under head coach Sara O’Leary.

Texas won the Big 12 Championship this season and enters this match on a nine-game winning streak. The Longhorns are the defending national champions and have won the team national title three times (1993, 1995, 2021).

The winner of Virginia-Texas will face the winner of No. 1 North Carolina and No. 8 Pepperdine (4pm, Friday) in the semifinals on Saturday at 5pm.

Both of Virginia’s men’s and women’s tennis teams have a shot at winning a national title this week in Champaign, but the Cavaliers will have to knock off the defending champs first.

All of the matches can be streamed live on the TennisOne App.

BYU Cancellations and Buyouts: Inside the Scheduling of the Virginia-Tennessee Game

Virginia Lacrosse Set for Rematch With No. 1 Maryland in NCAA Quarterfinals