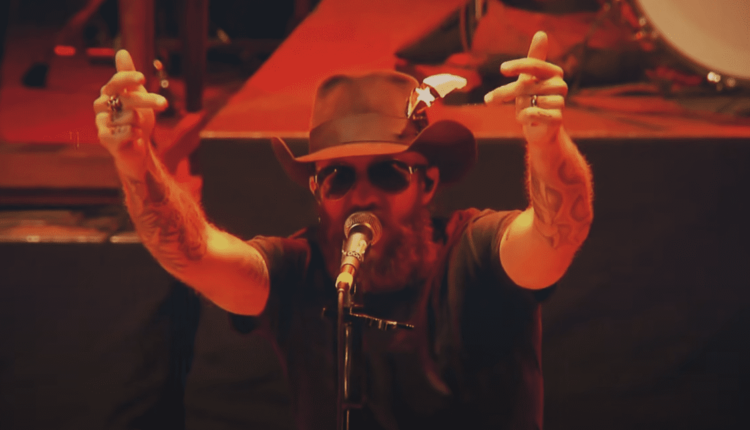 One of the best country music has to offer, cody jinks, recently pulled a power move by sending his 7-year-old Platinum song, “Loud and Heavy,” to country radio.

We know artists like Jinks don’t need country radio, but I love this approach and it’s going to be exciting to see future moves mirroring this.

In 2018, three years after “Loud and Heavy” was released, Cody sounded off at a show in Peoria, Illinois. In a speech only a few can do with legitimate authenticity, Jinks spoke on the state of country music, particularly, the corporate country music machine. As one of the most successful independent artists in country music in recent years, Cody has proved that you don’t need to be part of the Nashville scene to be successful. You just have to make damn good country music.

“Ain’t this st fun? See this is st you used to see back in the 70’s when all those motherfuckers were out there singing and playing together, playing and singing and recording each other’s songs. We’re bringing that back!

We said ‘F-ck Nashville, we’ll start our own goddamn club.’”

And this was four years ago… the club has ARRIVED.

Since then, Cody Jinks has achieved Gold-Certified singles, Tyler Childers’ “Feathered Indians” went Gold, and Whiskey Myers achieved gold status as well with “Stone” and “Ballad Of A Southern Man” – there are so many more accolades like this from artists not on radio, it would take all day to list them out. Oh yeah, let’s not forget Jinks, Childers, and Whiskey Myers have all sold out Red Rocks too.

All of this goes to show you that it is possible to have a tone of success in country music without bending the knee to the corporate music machine. Artists like Cody Jinks, Zach Bryan, Sturgill Simpson, Tyler Childers, Colter Wall, Whiskey Myers and more are the living proof.

I’d say that “club” that Jinks was talking about… they’re doing pretty damn good these days.

And when he sold out Red Rocks Cody delivered one hell of an intro about not playing by the rules of the corporate music industry.

Overwhelmed with gratitude, he said:

“Guys like us that said ‘fk you’ to the music industry don’t play places like this… but we are very sincerely grateful for all of you coming out and hanging out with us tonight.”

For the record | Public records