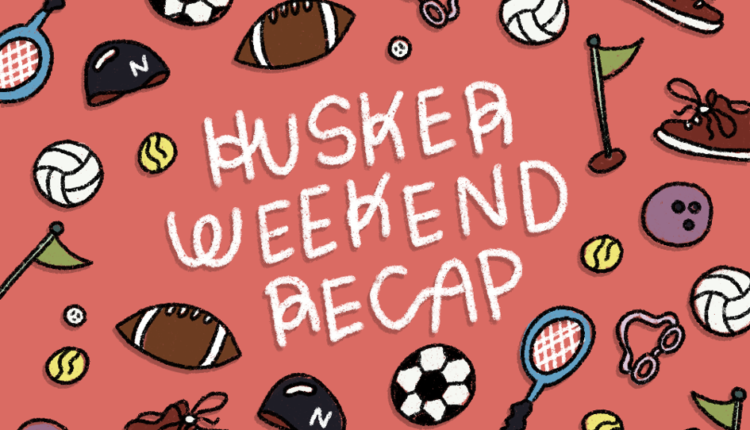 Two Huskers cracked the top 25 when Senior Tom Westenberger and Junior Will Marshall shared 19th and 25th place respectively in the field of 84 golfers.

Marshall followed just behind Westenberger with four under par for the invitation tournament. This came from a three-round split of 70 in the first, followed by two 71’s for a total of 212. However, Marshall dropped out of the top 20 on his final round and second consecutive 71 of the invitational tournament.

The runner-up Jeremy Sisson had the most impressive start in the invitation tournament with a total of 214 (-2) points with a first round of 69 and a team best 68 in the second round. After the first two rounds, Sisson was tied in sixth place overall, but fell back to 34th place with a final lap of 77.

Nebraska Senior Mark Foelbaek finished in 41st place with a total of 216 points, which was even the same for the three rounds. Foelbaek had a three-lap split of 69, 75 and a final lap of 72 to put him in 41st place.

The rating for the Huskers was rounded off by Senior Branden Meyer, who finished 82nd with a total of 3 rounds of 233, 17 over par. Meyer’s three-lap split was 81, 80 and a final lap of 72 to cement his penultimate place.

Kansas never gave up first place as it led the field through all three rounds with a total of 829, 35 under par for the invitational tournament. Kansas had two senior golfers individually in second place in Harry Hillier and Callum Bruce. Hillier and Bruce had identical three round splits of 68, 66 and 71 for a total of 205, 11 under par.

Kent State Junior Chris Vandette took first place individually with a three-round split of 66, 69 and a final round of 67. Vandette had a total of 202 points, which is 14 under par for the invitational tournament.

The tournament marked the final fall promotion for the men’s gold team. Nebraska will now be on the lookout for the team’s Big Ten opponents to be determined this spring.

The red race was the main event for both sides. For Nebraska, the women finished first of 37 teams and the men finished fifth out of 31 teams.

The women won the red race with 122 points, defeating runner-up Iowa with 136 points.

In the women’s 6 km red race, senior Erika Freyhof led the Huskers with third place and a time of 20: 41.6. Freyhof’s time was just 0.4 seconds short of her personal best in the race.

After Freyhof came senior Grace Pagone, who finished 12th with a new personal best of 21: 18.7. Newcomer Hannah Godwin followed Pagone in 18th place with a time of 21:30. Brynna McQuillen in the second year was also 41st with a new personal best of 21: 55.3. The top 5 was rounded off by newcomer Jacquelyn Abanses with a 48th place and a time of 21: 58.9.

Another notable performance of the women is junior Taya Skelton, who achieved a new personal best of 22: 15.1 with her 66th place in the red race.

When jumping into the white race, there were four more Huskers who crossed the finish line with new personal bests. Junior Abby Volkmer finished 18th with a new personal best of 23: 31.2. Directly behind Volkmer, Senior Audrey Freyhof landed with a 23: 31.6 in 19th place around 0.4 seconds.

In the men’s 8 km Red Race, Junior Dais Malebana dominated the race, clinched the win with over 10 seconds and finished with a new personal best of 23: 41.1. This is also Malebana’s first race of the season as he gets in shape ahead of the Big Ten Championship while trying to earn a ticket to the NCAA Nationals.

Senior Ryan Eastman completed the top 5 with a 71st place and a time of 25: 14.5, which is almost a second behind his personal best.

This ends the regular season and the next meeting of the team is the Big Ten championship. The meeting will take place on Friday, October 29th at State College, Pennsylvania.