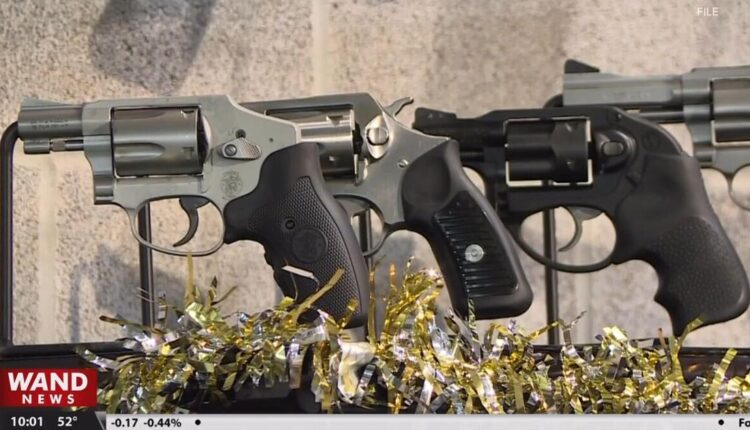 “Justice has not been served. This is just the beginning of this case,” said Amber Oberheim.

On May 19th, 2021, Officer Chris Oberheim responded to a domestic violence call in Champaign. Upon arrival, he was shot and killed by Darion Layfayette.

Over a year later, investigators in the case were able to crack down on the connection between Layfayette obtaining an illegal gun.

“Straw purchases … criminals are able to obtain firearms when they normally wouldn’t be able to purchase them,” said Oberheim legally.

That’s exactly how Layfayette was granted the weapon. A federal indictment, released on Friday, showed that Ashantae Corruthers, 28 of Indianapolis, Indiana and Regina Lewis, 27 of Normal, Illinois were charged with conspiracy to illegally purchase and transfer a firearm. According to the indictment, the pair lied to investigators about the gun being stolen and their relationship with Lafayette.

“I am very grateful for the investigative work that has been done on this case so that these women could be held accountable for their actions,” said Oberheim.

“The Champaign Police Department is grateful for the continued efforts of the Bureau of Alcohol, Tobacco, Firearms, and Explosives (ATF) in investigating how the firearm was purchased, which was used in the untimely death of Officer Christopher Oberheim on May 19, 2021 . Our Champaign Police Department still mourns the loss of Officer Christopher Oberheim, and he will always be remembered as a devoted public servant to the city of Champaign, Illinois.”