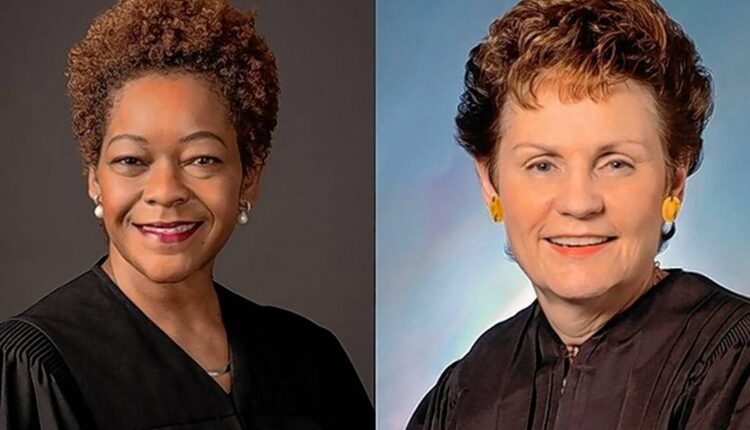 “Being appointed to the Illinois Supreme Court is the honor of a lifetime. I am humbled by the confidence Justice Rita B. Garman and the entire Court have placed in me,” Holder White said in a news release. “My service to the judiciary for the past 21 years has helped prepare me for this historic moment. I look forward to the privilege of resolving matters my fellow citizens bring

Garman, 78, a Republican, announced Monday that she would retire from the bench effective July 7 after 21 years on the court and 48 years as a judge in Illinois. She was the first woman to be named judge in a downstate circuit and the first woman to serve on the 4th District Court of Appeals.

Because Garman’s official retirement will come after the primary on June 28, the court had the constitutional authority to appoint his successor.

Holder White, 54, also a Republican, will be sworn in on July 8, which will roughly coincide with the swearing in of Ketanji Brown Jackson as the first Black woman on the US Supreme Court. White’s term will expire Dec. 2, 2024, after a full-time replacement is chosen in the November 2024 elections.

A native of Decatur, Holder White earned a bachelor’s degree from Lewis University in Romeoville in 1990 and a law degree from the University of Illinois College of Law in Urbana-Champaign in 1993.

She began her career as an assistant state’s attorney in Macon County before going into private practice. She was named an associate judge in the 6th Judicial Circuit in 2001, making her the first Black judge in that circuit, and was appointed to be a circuit judge in 2008 to fill a retirement vacancy.

She was appointed to the 4th District Court of Appeals in 2013 to succeed the late Justice John T. McCullough, who died the previous October, making her the first Black judge in the appellate district. She was elected to that seat in 2014.

While on the appellate court, Holder White took part in a number of significant decisions.

In August 2020, she was part of a panel that ruled that a Sangamon County judge acted prematurely in dismissing a lawsuit by John Tillman, CEO of the conservative think tank Illinois Policy Institute, who challenged the validity of $25.2 billion worth of bonds the state had issued in previous years. The case was sent back to Sangamon County and was ultimately unsuccessful.

Later that same month, Holder White joined two other justices in ruling that Gov. JB Pritzker had the authority to set protocols for the transfer of inmates from county jails to state prisons during the COVID-19 pandemic, thus temporarily halting an order issued by a Montgomery County judge to resume those transfers.

And in February this year, in another COVID-19-related case, she partially dissented from a decision not to rule on an appeal of a Sangamon County judge’s decision that invalidated Pritzker’s school mask mandate.

A majority in that case said the issue was moot because the emergency rules issued earlier by the Illinois Department of Public Health had expired and a legislative panel in charge of reviewing such rules had declined to extend them. Holder White dissented from that part of the opinion and said the court should have ruled on the issue.

On Feb. 25, the Illinois Supreme Court agreed that the issue was moot but vacated the circuit court’s temporary restraining order blocking enforcement of the mask requirement. Pritzker lifted the mask mandate for schools and most other public places on Feb. 28.

Holder White previously served on and chaired the Illinois Supreme Court Judicial Conference Committee on Education, which is charged with planning and providing continuing judicial education for Illinois judges. She also teaches at the biannual Education Conference, which all Illinois state court judges are required to attend, and previously served as an instructor for “New Judge School.”

• Capitol News Illinois is a nonprofit, nonpartisan news service covering state government and distributed to more than 400 newspapers statewide. It is funded primarily by the Illinois Press Foundation and the Robert R. McCormick Foundation.

Cal Heads To Raleigh For NCAA Round Of 16