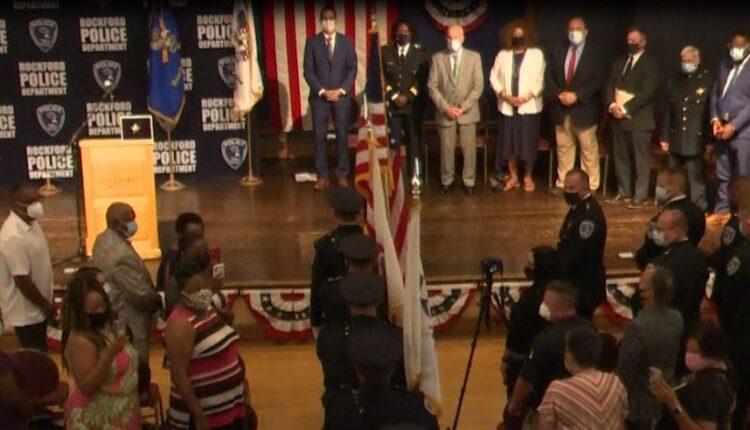 ROCKFORD, Ill. (WIFR) – Chief Carla Redd honors five retirees from the Rockford Police Department Friday alongside a group of new officers and ones moving up in rank.

The joint event beings at 2 pm in Veterans Memorial Hall. Invocation will be lead by Chaplain Laird Pearcy of the Fire & Police Chaplains with benediction by Father Kenneth J. Stachyra, Head Chaplain.

Sam Schmitz is leaving his position as Commissioner from the Board of Fire & Police. Schmitz was integral in the departments choice of Redd as chief of police.

Investigator Jeffery Schroder and Sergeant John “Gabe” Wassner are also saying goodbye to the department. They will retire alongside Lieutenant Kevin Nordberg.

Two detectives and one sergeant will see promotions during the program. Detectives Scott St. Vincent and Christopher Jones move up the ranks as Sergeants while Sergeant Mark Sander is being promoted to Lieutenant.

Ten new officers, seven of which are stateline natives, will be sworn in as Rockford police officers.

VE Day, ending WWII in Europe, was May 8