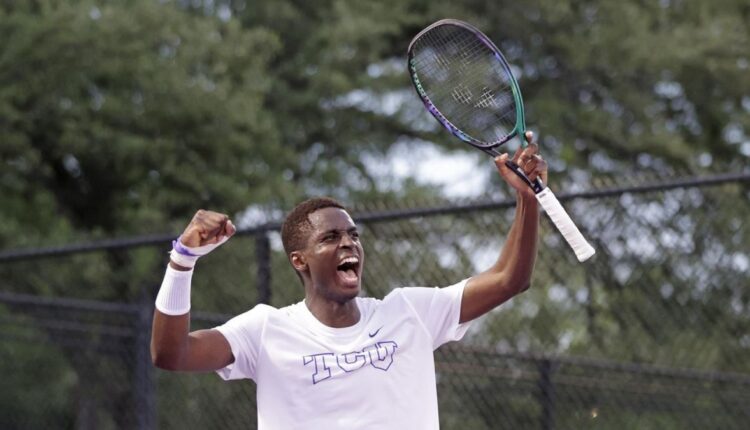 One down, five more to go. On Friday, the TCU Horned Frogs men’s tennis team won the first round of the NCAA tournament with a 4-0 sweep over Drake at the Bayard H. Friedman Tennis Center in Fort Worth.

TCU got off to an early start in Friday’s match, winning the doubles point. Sander Jong other Luis Maxted at No. 2 won their set 6-2. Then at No. 3, Juan Carlos Aguilar other Pedro Vives won their set 6-2. Luc Fomba other Jake Fearnley were up 4-2 when the point was clinched.

The Fort Worth Regional is one of 16 regionals played this weekend. Winners of each regional will advance to a Super Regional either on May 13 or 14. As the No. 1 overall seed, TCU will host the Super Regional if it defeats Utah.

That Super Regional will feature the winner from the Raleigh Regional, NC State (19-9) or Middle Tennessee State (28-4).

Winners of the eight Super Regionals will advance to the NCAA Quarterfinals in Champaign, Illinois, on May 19. The semifinals will be held in Champaign on May 21, with the NCAA Championship set for May 22.

Want to join the discussion? Click here to become a member of the Killer Frogs message board community today!