What’s it like to plan a trip to Ireland for the Husker football team? NU’s Sims details the process | Football 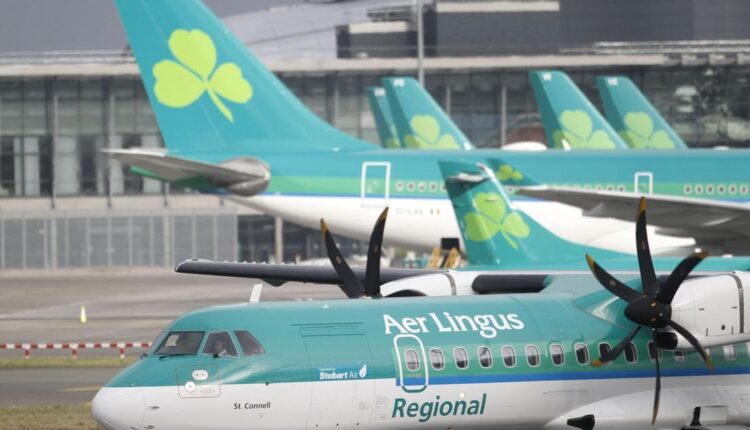 The Nebraska football team’s season opener in Ireland is still three-plus months away.

While the on-field prep work for the Aug. 27 game against Northwestern in Dublin won’t begin until late July, much of the behind-the-scenes logistics of hauling a college football team across the Atlantic Ocean have already been taken care of . That’s largely because the trip was supposed to happen last season, when NU was to take on Illinois before the pandemic put the brakes on those plans and forced a move to Champaign, Illinois.

It has been almost exactly one year since this trip to Ireland was announced on May 20, 2021.

And since then, Andrew Sims, Nebraska’s director of football operations, has been working with a cast of dozens to make sure the Huskers have everything lined up.

“You have a lot more movement, especially since we’re there for several days versus just a traditional road trip where you get there, you go to the hotel, you sleep, you wake up and you go to the stadium,” Sims said . “So it’s just a lot more moving pieces on a day-to-day basis.

“Part of that is balancing it so we can get the experience out of it for our athletes, which is part of the point of going over there — getting them to see things they can’t normally, instead of just being football robots.”

There’s nothing robotic about hauling a football team and its equipment 4,000-some miles over the Atlantic Ocean for what in many ways will look like a bowl game trip. The Huskers will spend five days in Ireland; that means multiple days of practices, multiple days of team meals and multiple days of everything else that comes with Division I football road trips.

And it’s not like you can just load the blocking sled on the plane.

“Especially for the side of things for equipment, nutrition, athletic medicine — all of that is complicated because of customs, what you can and can’t take in and out of different countries,” Sims said. “(So it becomes) what can we order over there, what do we have to tweak while we’re there. That’s significantly more difficult.”

Normally Nebraska could just pack what it needed for a domestic trip into the trailer of its equipment truck and have Selden Trucking deliver the goods to Michigan State or Illinois or wherever else the Big Ten schedule might send NU.

But that pesky ocean presents a problem this time around, as does getting through customs, where certain medicines and supplements the football team would use without a second thought in the United States might not even be allowed or available overseas.

“Traveling here on a normal weekend, we’re a pretty smooth operation. A lot of that is because we have an equipment truck. You can just throw whatever you want on there and it’s fine,” Sims said. “Some of those things you don’t think about, and you kind of take for granted. Now we have to list every pair of socks that’s going, or it could get sent back.”

The easiest part of the whole trip, at least from a logistics standpoint? Nebraska will fly direct from Lincoln to Dublin. Irish airline Aer Lingus, the title sponsor for the game, will supply the plane. And because the length of the Lincoln Airport’s main runway supports large airliners, the Huskers don’t have to worry about driving to Omaha or connecting to a major hub.

Once on the plane, a traveling party Sims expects to settle at about 275 to 280 people can settle in for a flight that will take somewhere around eight hours.

Sims, in his third year at Nebraska, has been to Dublin twice to help lay the groundwork. Sims, assistant AD for equipment operations Jay Terry and executive associate AD for facilities Bob Burton have all made the trip twice, in fact, to make sure things are in line.

The most recent trip came in the past few weeks and included a few extra staffers to fine-tune various aspects of the trip.

“Some of those things you don’t think about, and you kind of take for granted. Now we have to list every pair of socks that’s going, or it could get sent back.”

“The six-hour time difference, it’s the first week of classes, there are certain things we have to build in there for academic periods; you just have to line them up at certain times. And especially with when you leave the hotel,” Sims said.

NU will stay at a countryside estate near Dublin, meaning that when the Huskers go into the city, they probably aren’t returning for a while.

“It’s hard to go back and forth multiple times — OK, go to practice, go back to the hotel, now let’s go out to go see some stuff and go to dinner. You just lose so much of that travel time if you do go that way,” Sims said. “So trying to make everything work to where you’re being efficient with your time. That’s probably one of the bigger challenges.”