A ‘Devil Baby’ and other spirits: Hull-House puts haunted legacy on display this month 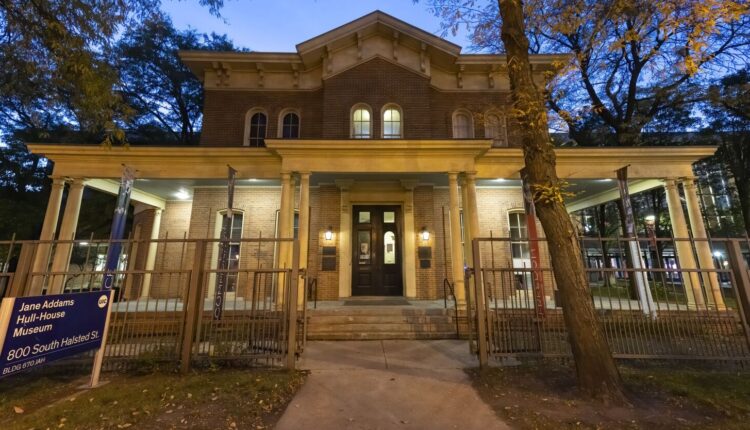 A few years ago, a tour group was being ushered through the Jane Addams Hull-House Museum when it was started by a loud scraping and crash in one of the rooms.

No one was in the room at the time, and to the group it looked like a chair had apparently moved out from under a desk and fallen over on its own.

“Everyone in the room just kind of looked at it and looked at each other, and we were really quiet for a second and then just kind of laughed it off,” said Michael Ramirez, who was leading the tour group.

That was the most dramatic of many occurrences Ramirez couldn’t explain in his 10 years as a staff member and later manager of the museum’s education department. Other museum visitors have reported seeing strange figures in their photographs. Noises that sound like children have been heard playing in the hallways.

After decades of reported supernatural experiences, the Hull-House museum is highlighting its haunted history with a series of special events for the Halloween season. Staff are leading ghost tours — which quickly sold out — screening scary movies and highlighting the most well-known of its urban legends.

The Hull Mansion was built in 1856 as a summer home for wealthy land and real estate developer Charles J. Hull. Jane Addams rented the empty Hull House mansion in 1889 with Ellen Gates Starr and turned it into a center for social services and social reform.

The building, which sits on the University of Illinois Chicago campus at 800 South Halsted Street, opened its doors for an overnight paranormal investigation for the first time. Over the summer, an episode of the YouTube show “Ghost Files” was filmed at the museum.

Perhaps the most famous spirit that is said to haunt Hull House is that of the “Devil Baby.” The story of the creature’s origins are varied. One of the most well known says the creature was conjured when a father of six daughters, before the birth of his seventh child, said that he would rather have a devil in the house than another girl.

The side garden of the Jane Addams Hull-House Museum on the campus of the University of Illinois Chicago. Over the years visitors have reported strange sightings and movements inside.

The baby was said to have been taken to Hull House and hidden in the attic. Jane Addams became so fascinated by the legend and the immigrant neighborhood’s obsession with it that she wrote an article for the Atlantic in 1916 about the Devil Baby.

“I think Jane Addams saw these ghost stories as narratives and folklore of the Near West Side and as urban legends, which were new,” Jordan said. “Looking at the makeup of the city, lots of agrarian people were coming to cities for the first time, and that’s when you get urban legends.”

People still report hearing the baby scurrying in the attic.

Other, often-seen ghosts are a lady in white, said to be Charles Hull’s wife, Millicent, who died of illness in the building. Shadowy figures that appear to be dressed in Catholic monk robes have also been reported walking in and around the building. There is also a concrete slab in the courtyard that is said to be a portal to hell.

Ramirez said strange noises and sightings are reported so commonly that staff members got in the habit of saying “hello” to possibly unseen listeners when opening up and “goodbye” when closing for the day.

Ramirez said he’s glad the museum is highlighting the history, which has intrigued UIC students and visitors alike.

“To see people kind of digging deeper into that and actually thinking about their own experiences, and you know where our own folklore and ghost stories come throughout our own cultures,” Ramirez said, “I think that’s really cool to see people connecting to it in that way.”

Though the haunted tours are sold out, WBEZ is doing a live broadcast of “Reset” with Sasha-Ann Simon from Hull-House on Wednesday highlighting the history. The museum will also hold a Halloween family day with the Chicago Public Library on Saturday. 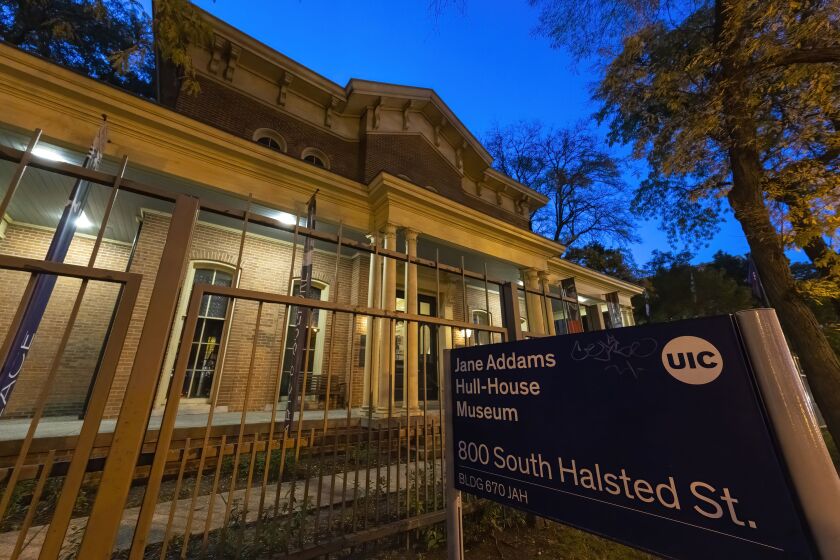 Jane Addams Hull House Museum. The home was built by real estate developer Charles J. Hull in 1856. Jane Addams rented the home in 1889 and turned it into a center for social services.