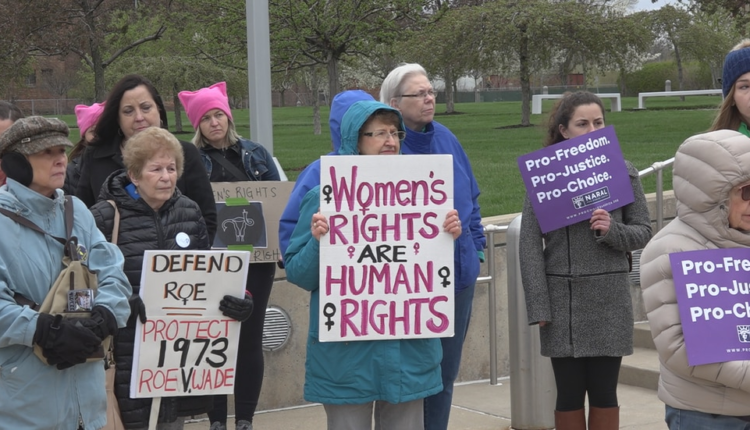 “We’ve been fighting this my whole life,” said Vice President of Winnebago County Citizens for Choice Dale Dunnigan. “My entire life, we have worked to make things better for all of us, not just some of us.”

When Roe V Wade passed in 1973, Dunnigan had just graduated from college. But in the 22 years of Dunnigan’s life before that, she says she was no stranger to a lack of reproductive rights.

“In 1970, I went to a campus doctor with horrible menstrual cramps to request the birth control pill,” said Dunnigan. “And he had to know all about my personal life.”

Now, Dunnigan fears that time is moving back to that.

Other abortion rights protestors outside the federal courthouse in Rockford say they fear the younger generations will lose the right to choose what they want to do with their body if Roe v. Wade is overturned.

“My daughter is 18 years old, she called me very upset we had a long discussion today,” said State Rep. Dave Vella. “She’s a freshman in college and she’s freaked out.”

But advocates say, despite the supreme courts ultimate decision, abortion is not going to stop.

Protestors believe that abortion is a human right, and say they will not stay silent.

Abortion rights activists say in the coming weeks they are planning more protests outside the federal court house. The Rockford Family Initiative plans to hold an anti-abortion rally this Saturday in Loves Park at noon.