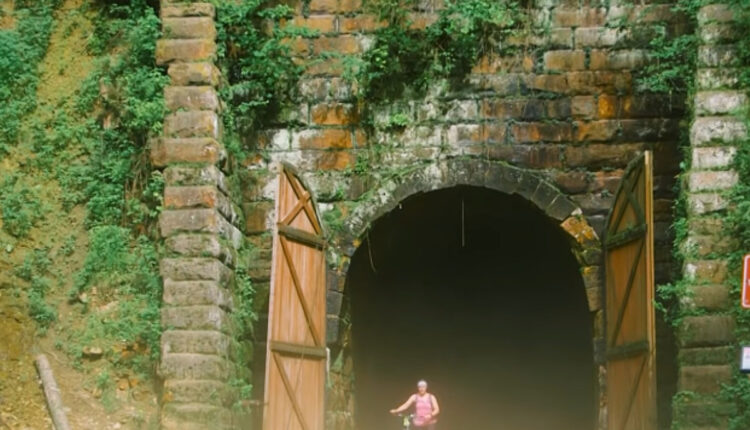 During my drive back from Montana to Illinois, I encountered many odd roadside attractions trying to lure me off the interstate hoping that I’ll make a quick stop in their town and infuse some money into their local economy.

From the world’s largest buffalo to the wood chipper used in the movie Fargo, some communities really have to stretch to create a landmark worth a visit.

But there is one town just a short drive from Rockford, Illinois that not only has a claim to a “world’s largest,” but also is known as America’s Capital for this popular activity drawing tens of thousands of visitors each year.

Located just off Interstate 90 between La Crosse and Tomah, Wisconsin is the city of Sparta. With a population of just over 10,000 residents, the town gets more than 60,000 visitors each year for the local bike trails, according to an article from the US Army.

Sparta was the first location in the US to transform old railways into paved bike trails along the Elroy-Sparta State Trail back in 1967 with over 30 miles of multi-use trails that pass through former train tunnels and rural scenery.

The LaCrosse River State Trail is also nearby and adds 22-miles of trail from Sparta to LaCrosse, Wisconsin along the former Chicago / Northwestern railway.

Standing 32 feet tall, “Ben Bikin” was constructed by a local fiberglass company and features a cyclist on a Victorian-era bike and sits in a park on the corner of Wisconsin Street and Water Street in downtown Sparta.

In an effort to start an annual bike ride from Sparta, Wisconsin to Port Byron, Illinois, a nearly identical statue standing 30 feet tall named Will B. Rolling was erected by the former mayor of the Illinois town.

If you want to make a road trip to the Bicycling Capital of America, it’s just under a 3-hour drive from Rockford, Illinois to Sparta, Wisconsin. CLICK HERE to find out about all the activities and events happening in town.

To help get everyone in the mood for the upcoming holiday season, Stacker compiled a list of some of the most over-the-top Christmas displays across America.

LOOK: See how much gasoline cost the year you started driving

To find out more about how has the price of gas changed throughout the years, Stacker ran the numbers on the cost of a gallon of gasoline for each of the last 84 years. Using data from the Bureau of Labor Statistics (released in April 2020), we analyzed the average price for a gallon of unleaded regular gasoline from 1976 to 2020 along with the Consumer Price Index (CPI) for unleaded regular gasoline from 1937 to 1976, including the absolute and inflation-adjusted prices for each year.

Read on to explore the cost of gas over time and rediscover just how much a gallon was when you first started driving.