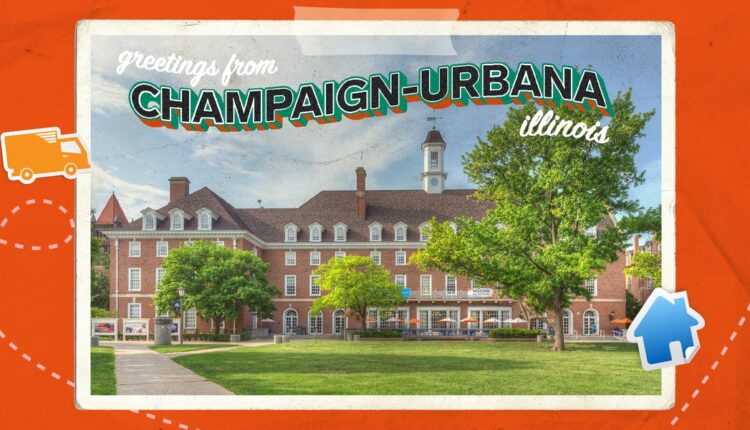 Liz McDonald can’t keep track of how many homes sold over listing price in Champaign, Illinois, over the past year.

McDonald, a real-estate agent and the president of the Champaign County Association of Realtors, said that in addition to current clients, she also had a “pipeline full of interested buyers” who have temporarily paused their home search because of property prices in the area have spiked so dramatically.

The buzz is understandable. As Americans flee urban hubs for larger homes and a lower cost of living during the coronavirus pandemic, the Champaign-Urbana metro area seems like the perfect landing pad. It’s in central Illinois amid corn fields, about 135 miles south of Chicago and 125 miles west of Indianapolis — within a two-hour drive from either city. It has a rural but lively college-town feel thanks to the state’s flagship public university, the University of Illinois at Urbana-Champaign.

Insider previously predicted that the area would thrive amid the pandemic because of the area’s low housing costs and high level of employment and education. But we were only half right: The area boomed — despite losing residents.

High taxes could be contributing to the net loss of residents. A 2019 survey of state residents by NPR and the University of Illinois found that taxes were the No. 1 reason residents would want to leave. A March WalletHub study found that Illinois had the highest tax burden in the country, while the editorial board at the Chicago Tribune found that the state’s tax burden was 39% above the national average.

Rob Paral, a demographer, told Chicago’s PBS affiliate that the exodus was also a result of Illinois being a Rust Belt state where people once lived to be near textile or steel factories that employed them but have since shut down. A number of Illinois counties are “post-industrial,” he said. “They have never recovered their population from the days of industrialization,” he added.

Even as people leave Champaign in droves, the local real-estate market remains emblematic of the national frenzied housing market marked by all-cash offers, sight-unseen purchases, and creative buyer tactics. There are still enough people who want to buy homes in the college town, and inventory is so limited in Champaign and nationwide that demand has driven prices up anyway.

A new Realtor.com report found that Champaign homes were selling at a staggering 13% over asking price on average, which suggests prospective buyers can expect to battle through bidding wars.

Those house hunters are still better off in Champaign than in the typical US city. Compare Champaign’s relatively affordable $184,950 median sales price with $363,300, the national median sales price in June, up 23.4% from $294,400 the year prior, according to the National Association of Realtors.

The cheap prices also spell opportunity. For those flush with cash, Champaign could be attractive spot for an investment property to rent out.

The area is home to roughly 50,000 students each year. JJ Smith, a managing partner at the real-estate developer CRG, told Mansion Global student housing was somewhat limited, and that like many college towns, Champaign offers landlords a “captive audience of potential tenants.”

5 Country Stars Who Hail From Illinois