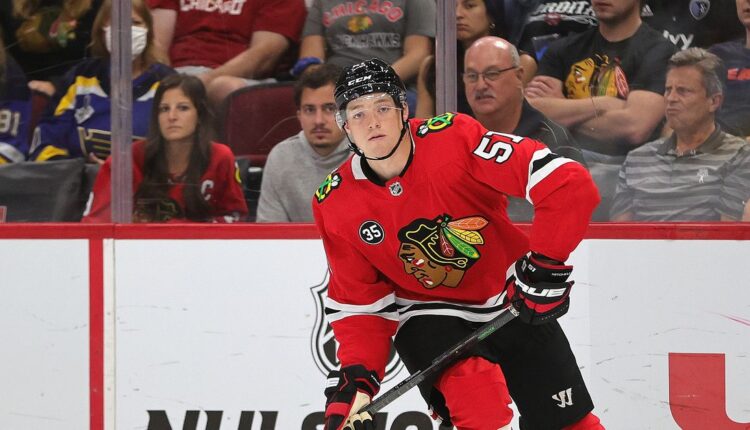 It looks like the 2022-23 NHL season debut for one of the Chicago Blackhawks prospects is on its way this weekend.

On Friday morning, the team announced that defenseman Ian Mitchell, a 2017 second-round pick (57th overall) was recalled from the AHL’s Rockford IceHogs.

In a corresponding move on Thursday, Alec Regula was sent to Rockford.

Mitchell heads to Chicago after a brief but stellar stint in Rockford, where he started the season following a sustained wrist injury in September that sidelined him for about six weeks. Mitchell returned this week, scoring two goals with three assists in three games, scored by a four-point performance on Wednesday that earned him AHL-wide honors: