Florida Looks to Matchup with No. 1 North Carolina in Super Regional 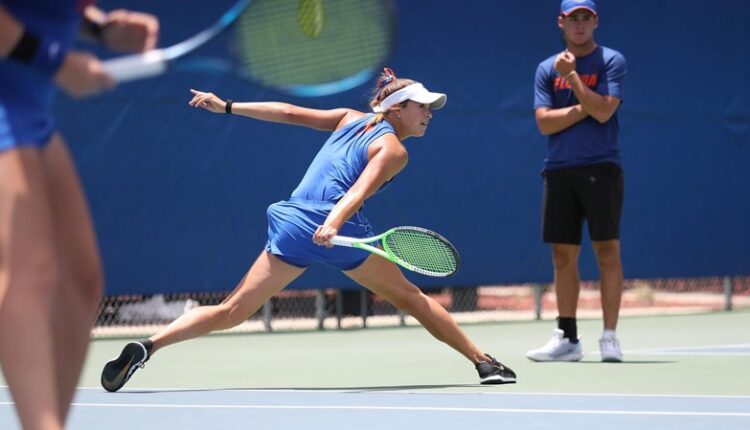 CHAPEL HILL, NC – The No. 16 Florida women’s tennis squad is set to continue their NCAA journey on Friday, May 13 when they travel to Chapel Hill, NC, for a matchup with No. 1 North Carolina in the Super Regional.

First serve is set for 4 pm ET and the match will be streamed live on the TennisOne App. Currently, the forecast is calling for rain, and in the event of inclement weather, Friday’s match would be moved indoors at the Cone-Kenfield Tennis Center instead of Cary Tennis Park. Admission to the Super Regional match will be $5.

Historically, Florida women’s tennis is dominant in the round of 16 of the NCAA Tournament, boasting a 30-4 mark. Friday will mark the Gators’ (21-6, 10-3 SEC) first appearance in the round of 16 since the 2017 season when they defeated Texas A&M, 4-0, and later went on to win the national championship.

Florida head coach Roland Thornqvist is making another return trip to his alma mater, North Carolina. Thornqvist graduated from UNC in 1996 while also playing for the Tar Heels from 1990-1993. Thornqvist established himself as one of the top players in the history of the Atlantic Coast Conference during his collegiate career. He was a three-time first-team All-Atlantic Coast Conference selection, the 1993 ACC Player of the Year, a 1992 and 1993 first-team All-American and a 1992 and 1993 NCAA Tournament quarterfinalist in singles. In 1992, he led the Tar Heels to the ACC Championship and to the quarterfinals of the NCAA Tournament. The Tar Heels also made the NCAA Tournament during his senior season, advancing to the round of 16. Thornqvist won the 1993 Rolex National Indoor Singles Championship as a senior. In both 1992 and 1993, he won the ITA’s Rafael Osuna National Sportsmanship Award. He is the only college player in history to win that award twice. Thornqvist was the No. 4-ranked collegiate singles player in the country his senior year.

– Of the 40 NCAA Tournaments that Florida has been eligible for, the Orange & Blue have made 39 appearances.
– The 2022 NCAA Tournament marks Florida’s 35th-straight appearance in the NCAA Tournament.
– The Gators have the second most team titles ever with seven, trailing only Stanford, while collecting three national championships in the last decade (2011, 2012, 2017).
– Head coach Roland Thornqvist is just one of two coaches to win multiple NCAA titles (4) and finish in the top-10 of the final ITA rankings at least eight times.
– In 1996, Florida became the only team in NCAA women’s tennis history to sweep the team, singles and doubles titles.

Florida women’s tennis athletes McCartney Kessler, Carly Briggs and Marlee Zein have been selected to compete in the upcoming NCAA Singles & Doubles Championships. Kessler will compete in singles competition while Briggs and Zein will pair up for doubles play.

The singles and doubles competition will be conducted May 23-28 at the Khan Outdoor Tennis Complex in Champaign, Illinois, after the conclusion of the team championship, which runs from May 20-22. The University of Illinois at Urbana-Champaign will serve as host.

In the most recent Intercollegiate Tennis Association Rankings, the Gators came in at No. 16 in the country while also moving to No. 17 in the United States Tennis Association rankings. Individually, two Gators find themselves ranked including:
McCartney Kessler-No. 12
Marlee Zein-No. 81