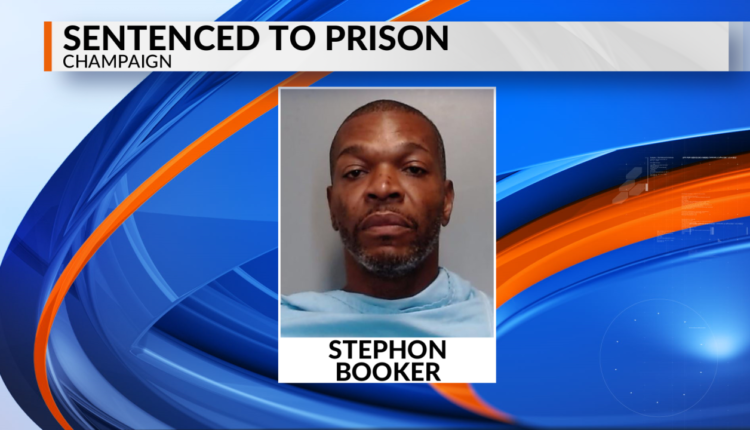 CHAMPAIGN COUNTY, Ill. (WCIA) — A man was recently sentenced to prison, nearly a year after he was accused of hitting a woman with his car.

Man arrested after being accused of hitting woman with vehicle

On Tuesday, Stephen Booker was found guilty of unlawful possession of a controlled substance and resisting a peace officer. He was sentenced to two years in prison with credit for 331 days that he has previously served.

Booker was also sentenced for another case on Tuesday. In this case, he was found guilty of possession of a controlled substance and was sentenced to four years in prison with credit for two days that he has previously served.

On June 14, 2021, Champaign Police were called to a location on Paula Drive in response to a report of a pedestrian being hit by a vehicle. When officers arrived at the scene, they learned that a man allegedly left the roadway on purpose in an attempt to strike two women. They said one woman was able to get out of the way but the other was hit.

Officers also said after crashing the vehicle, the suspect returned to the scene and began battering the injured woman who was lying on the ground. Police stated that they confronted the man while he were still trying to hurt the woman. He ran away from officers shortly before he was arrested.

Florida Looks to Matchup with No. 1 North Carolina in Super Regional

Volunteers give back around Rockford for RED Day