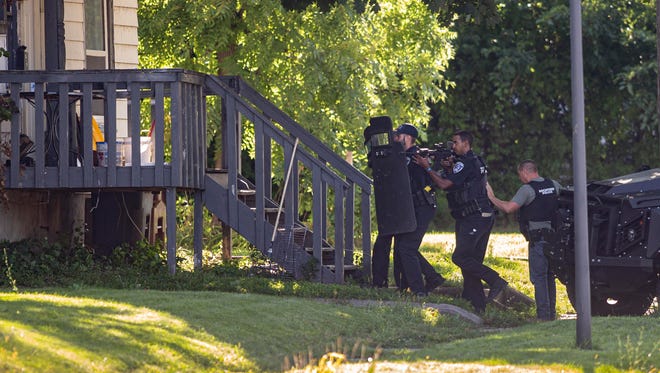 ROCKFORD — A Rockford man was charged with a string of criminal offenses following a pair of shootings and a standoff Tuesday on the city’s near east side.

Brown is suspected of shooting a 16-year-old boy at a home on the 500 block of College Avenue and a 34-year-old woman inside a home on the 400 block of S. Fifth Street. Police say Brown knew both the teenager and the woman prior to the shooting.

Brown was located inside a house on the 300 block of S. Fourth Street where he surrendered after a nearly five hour standoff.

Brown was lodged in the Winnebago County Jail on no bond. He was scheduled to appear in court on Wednesday afternoon.

Everything to know about symptoms, vaccines and treatments