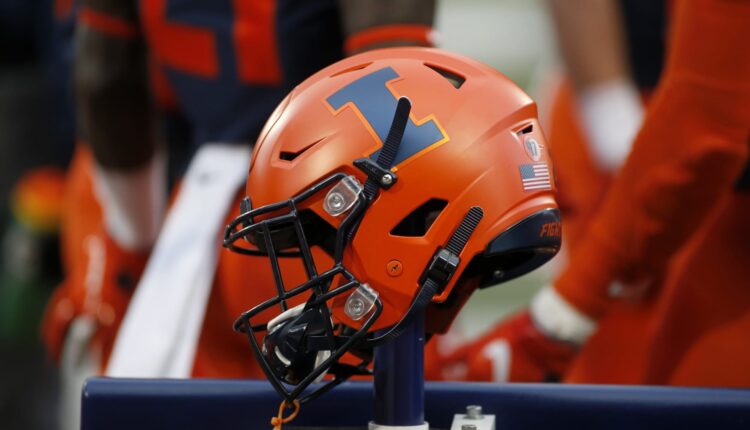 Illinois football might be losing a few key pieces on the offensive line, but the transfer portal is helping fill those voids.

So far, the Illini have had just a few departures in the transfer portal. These players are looking for a new home, and I wish them nothing but the best. But while there are a few players who want to find a new home away from Champaign, there are also transfers who see Illinois as a nice landing spot.

On Monday, East Carolina transfer Avery Jones decided to end his recruitment in the portal and picked the Illini as the place to finish up his college career. This was a big addition for the Orange and Blue, and one that should pay big dividends on the offensive line.

I want to thank all the schools who reached out, my family and friends for supporting me. I am officially 100% committed to Illinois‼️‼️ #FamILLy pic.twitter.com/OmHFUiQKBX

Avery Jones is a big transfer portal addition for the Illinois football program.

I have been impressed with what Bret Bielema and the Illinois coaching staff have done when it comes to not only recruiting but also in the transfer portal.

Illinois brought in quarterback Tommy DeVito in 2022, and he helped stabilize the offense to the point we could win eight regular season games. That is the most wins since the 2007 season.

Now that we are in the 2023 transfer portal season, Bielema is continuing his momentum by adding a player like Jones.

Coming out of Havelock High School in North Carolina, Jones was a four-star recruit who was the No. 144 player in the class of 2018. He picked the Tar Heels over some of the best teams in the country. After a redshirt year and then limited playing time in 2019, Jones transferred out and ended up with East Carolina.

This past season with the Pirates, Jones started every game at center. That experience at center is going to be crucial to what Illinois is going to do with him in 2023. I would imagine since Alex Pihlstrom is departing, that Jones will slide right into the starting center spot for one year.

It wouldn’t hurt Josh Kreutz to have another year of development either. He was our backup center this season as a redshirt freshman. I expect Kreutz to be a backup again in 2023, and then he will get the reins as a redshirt junior in 2024. This would be the most logical path.

Overall, I love this addition for Illinois. We just landed at an experienced center who knows the game and has worked at both the power-five and group-of-five levels of college football. I believe Jones just made a great career move now and for the future.

Get a load of this baby: New fire truck at Willard Airport built to handle it all | University-illinois